Lockdown in France to be eased in three stages 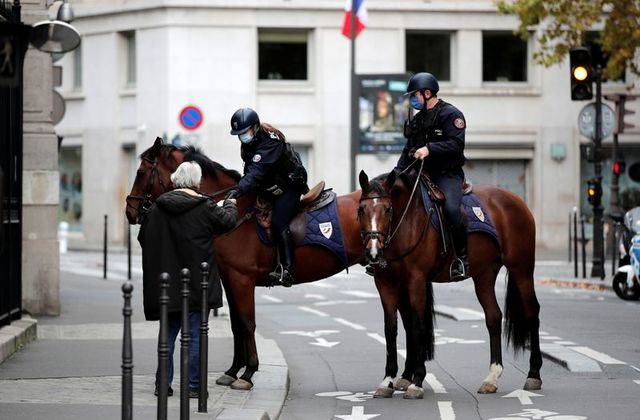 Brussels (Brussels Morning) France is planning to ease the lockdown in three stages, according to plans government spokesman Gabriel Attal shared with theJournal du Dimanche weekly,RFI reported Sunday. The three stages are scheduled to begin respectively on 1 December, before Christmas and in January next year.

President Emmanuel Macron is expected to present the plan tomorrow, Tuesday, having noted on Sunday that the French people have grown weary of lockdowns and want a clearer understanding of government policies in the lead-up to Christmas.

Nothing is worse than uncertainty and an atmosphere of gloom, Macron said, acknowledging how important it is that the government present clear and coherent policies aimed at fighting the coronavirus pandemic.

French official records suggest the worst of the second wave of coronavirus infections may have passed. The number of new confirmed infections stood at 17,881 on Saturday, some 5,000 lower compared to the day before.

The government spokesman announced that some stores would be permitted to re-open around 1 December if the epidemiological situation allows, as recent trends seem to indicate may well be the case.

Freedom of movement will remain curtailed for the time being, he stated, while bars and restaurants would continue operating under restrictions for now, being allowed to provide takeaway services and deliver food up until 9 p.m.

A poll conducted by IHS Markit indicates that the French economy contracted sharply in November because of the second lockdown, Reuters reported today, Monday. The latest economic decline is the steepest since the first lockdown was imposed and affected the country’s dominant services sector in May.

IHS Markit economist Eliot Kerr pointed out that high-frequency data , noting that some companies seem to have managed to adapt to the restrictions, suggested that these businesses might be less susceptible to the negative effects of any tightening of restrictions.

France imposed its second lockdown at the end of October, when President Macron announced that the new restrictions would remain in place for at least four weeks. Many hotels, restaurants and non-essential shops were forced to close, with the services sector taking a severe hit yet again.