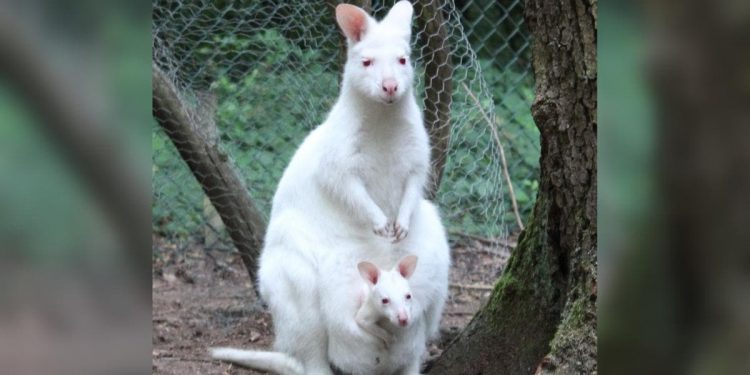 Authorities said Friday that a baby albino kangaroo who went missing from her home at a German zoo this week may have been stolen, The Associated Press reported.

Star attraction Mila was born last month at the zoo in Kaiserslautern — about 77 miles southwest of Frankfurt — and was last spotted in her cage Wednesday morning local time, authorities told DPA news agency.

By the time zookeepers were shutting down for the night, Mila was gone.

Authorities told the German outlet they’re “investigating in all directions” and “can’t rule out that she was stolen.”

A pair of hunters employed by the zoo are using dogs in the search for the little marsupial.

“Mila had lured many visitors to the zoo for several weeks,” Matthias Schmitt, the zoo’s director, said in a statement, according to an English translation. “Everyone wanted to see the white Bennett kangaroo, which won hearts in no time at all.”

Schmitt noted that the little ‘roo was rarely far from its mom and expressed his doubt that Mila was taken by a wild predator, such as a fox, in part because traces of blood weren’t found anywhere.

“So we have to assume that Mila was stolen,” he explained. “That is why we have already reported to the police.”

The statement ended with the entire zoo’s wishes that “Mila will be found again and that she is well.”