Lithuania to build fence along border with Belarus by April 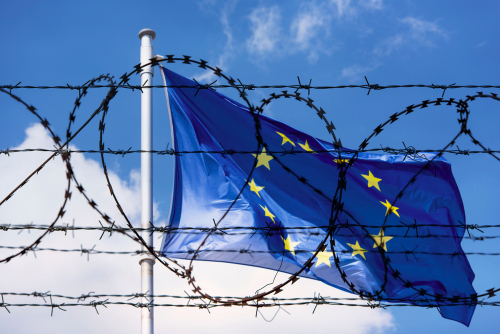 Brussels (Brussels Morning) The Lithuanian government plans to build a fence topped with razor wire along the country’s border with Belarus by April.

Construction of the 110-kilometre fence is to start this month as part of Lithuania’s efforts to curb illegal border crossings, Reuters reported on Monday.

Friction between the EU and Belarus increased as more than 4,100 migrants, mostly from Asia and the Middle East, illegally crossed the border into Lithuania this year.

The bloc has accused the President of Belarus, Alexander Lukashenko, of pushing migrants across the border in retaliation for the sanctions imposed by the EU following the crackdown by Belarusian security forces on the country’s political opposition.

The Lithuanian government indicated that the state-owned gas and power grid operator EPSO-G is to construct the first section of the fence for 36 million euro.

The fence will be four metres high and topped with razor wire, according to an EPSO-G spokesman. In addition, six more coils of razor wire are to be installed between the fence and the border.

Lithuania plans to build the remaining 400 kilometres of border fence by September next year. The country shares a 670-kilometre border with Belarus.

Latvia and Poland, EU member states that also share a border with Belarus, have also reported an increase in illegal border crossings this year. The three EU members that share borders with Belarus have been returning migrants to Belarus since August, drastically reducing the number of arrivals.

On Monday, Lithuania’s Minister of National Defence, Arvydas Anušauskas, accused Russia, a major ally of Minsk, of cooperating with Belarus to create the crisis.

“We are convinced that, from the very beginning, Belarus has coordinated its actions with Russia”, Anušauskas told a press conference after meetings with his counterparts from the Baltic states and Poland.Meanwhile, according to DW reporting on Sunday, Lukashenko observed military exercises conducted with Russia on Sunday. He also announced that Belarus plans to buy US$ one billion worth of weapons from Moscow by the end of 2024.