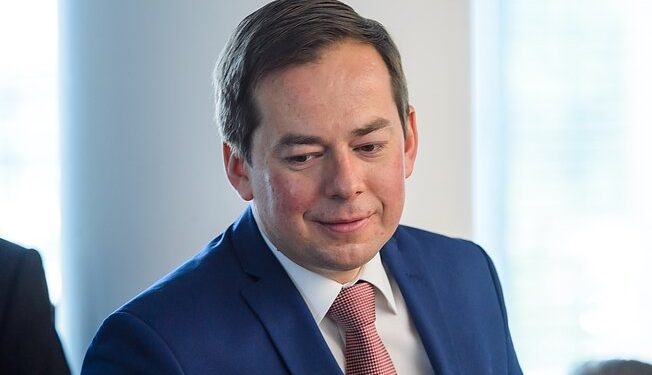 Brussels (Brussels Morning) Lithuania’s Deputy Foreign Minister Arnoldas Pranckevičius has called on the EU to present a united front in its dealings with China, warning that the country’s treatment of Lithuania should serve as a “wake up call” for the rest of Europe.

Prancekivičius, speaking at a security forum in Washington on Wednesday, cited his country’s worsening relations with Beijing. He said that if Europe wants to be credible in the world and as a partner for the US, it has to “get its act together” on the issue of China.

Lithuania’s relations with China soured after Taiwan announced that its diplomatic office in Vilnius is to be formally named the Taiwanese Representative Office in Lithuania. China insists that Taiwan is a part of its territory. Beijing consistently opposes any efforts by third countries that could represent a move towards official recognition of the island’s independence from mainland China.

Reacting to the announcement, China in August ordered Lithuania to withdraw its ambassador from Beijing, while Vilnius pulled out from the so-called “17+1” initiative, which connects China and a number of Central and Eastern European countries.

“I think it is a wake-up call in many ways, especially for fellow Europeans to understand that if you want to defend democracy you have to stand up for it”, Pranckevičius declared on Wednesday. “China is trying to make an example out of us – a negative example, so that other countries don’t necessarily follow that path, and therefore it is a matter of principle how the Western community, the United States, and European Union reacts.”
The EU’s relations with Beijing are also on a downward path. Investment deal talks have been stalled since China imposed sanctions on European lawmakers in retaliation for EU sanctions against individuals and entities judged culpable in severe human rights violations in China’s Xinjiang province. Strengthening its ties with Taiwan instead, the European Parliament sent its first official representatives to Taipei this week, which is likely to provoke another angry response from Beijing.