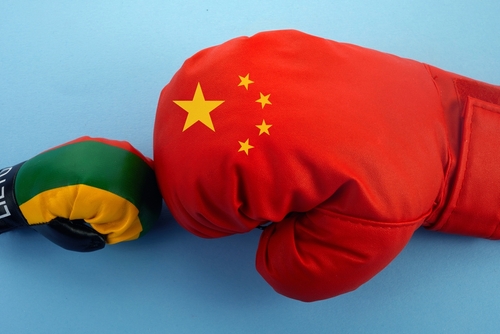 Brussels (Brussels Morning) A senior Lithuanian government official has sounded the alarm over the Beijing-inspired boycott push the country is facing in reaction to Vilnius’ warming relations with Taiwan.

Beijing is pushing multinational companies to end cooperation with Lithuania and has downgraded diplomatic ties with the country over the last month in response to the opening of a Taiwanese representative office in the Baltic EU member state, Reuters reports.

The Lithuanian government decided at the end of 2020 to support “those fighting for freedom” in Taiwan, a move that has since increased tensions with the Chinese Communist Party (CCP).

Beijing insists that democratically governed and independently-ruled Taiwan is part of its territory and has been pressuring countries to cut their ties with the East Asian island nation.

In November this year, China’s Ministry of Foreign Affairs issued a statement claiming that Lithuania had ignored the CCP’s “strong objection” to the move by Vilnius to warm its relations with Taiwan.

While Taiwan has similar offices in other countries in Europe and in the US, the office names reference the Taiwanese capital of Taipei and not Taiwan itself.

Direct trade between Lithuania and China is modest, but many companies in its export-oriented economy make products for multinationals that sell them to China.

Mantas Adomėnas, Lithuania’s Deputy Minister of Foreign Affairs, pointed out that China has been sending messages to multinationals warning that if they use parts and supplies from Lithuania, “they will no longer be allowed to sell to the Chinese market” or to acquire supplies there.

While not naming any suppliers or companies, the Foreign Minister did note that some multinationals had cancelled contracts with suppliers from Lithuania.

“We will not bend to this pressure”, Adomėnas said, stressing that “what we decide to do, by calling Taiwan Taiwan, is up to Lithuania, not Beijing.”

The Lithuanian Confederation of Industrialists (LPK) has confirmed that some multinationals that buy Lithuanian products are being targeted by China.

“This week was the first time we saw direct Chinese pressure on a supplier to drop Lithuanian-made goods”, LPK head Vidmantas Janulevičius, observed.

“Previously, we only had threats it could happen, now they became reality”, he added, ” the most painful part [being] that it’s a European company.”After Lithuania called for EU support, the European Commission announced it was prepared to back the Baltic bloc member.