Linking rent index to insulation is possible for Clerfayt 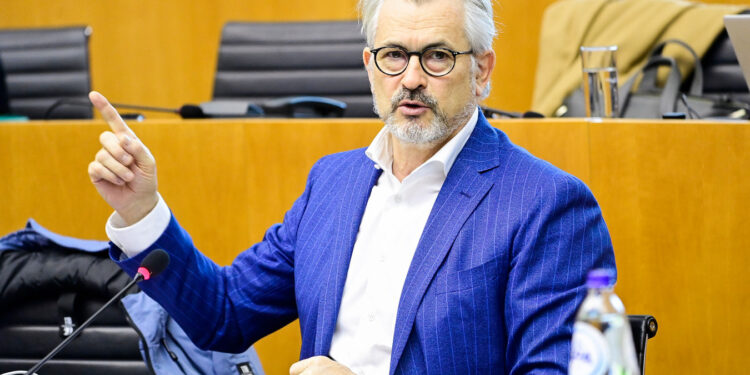 Brussels, (Brussels Morning)- Next Thursday, the Brussels government will discuss the proposal of State Secretary Nawal Ben Hamou (PS) to reserve rent indexation only for well-insulated homes. Brussels minister Bernard Clerfayt (Défi) is not against it, but wants to focus on insulation and therefore asks for guarantees on premiums for this.

Due to the high energy prices, tenants have to pay twice: once via the energy bill and once via the rent, which rises due to its indexation. State Secretary for Housing, Nawal Ben Hamou (PS) therefore proposed linking rent indexation to the insulation of a home. Homeowners who rent out a poorly insulated property should not index the rent, says BRUZZ.

Energy Minister Alain Maron (Ecolo) immediately said he supported the proposal. Government parties Open VLD and Défi, which previously rejected two other proposals, want to give the elaboration of the plan a chance.

In an interview with La Capitale , Minister Bernard Clerfayt does not reject the blocking of rent indexation. For him, however, the proposal must be part of a broader project in which the insulation of homes is encouraged, especially when it comes to so-called ‘energy screens’ (buildings with energy class F or G).

“The proposal from Secretary of State Ben Hamou can be useful, but must be part of the Renolution plan to ensure that our ambitions in terms of climate, social inequality (helping the most vulnerable pay their energy bills) and economy (growing number of renovations ) are aligned.”

In order for everyone to benefit, according to Clerfayt, it is especially important to isolate. “Prohibiting a 5 percent rent indexation while energy costs rise by 200 percent makes little sense.”

However, the problem of poorly insulated houses is difficult to solve in the short term, also knows Clerfayt, who aims for 2050 with the Renolution plan. “Renolution aims to upgrade the Brussels housing arsenal by 2050. The cost of this is about 30 billion euros, of which 1 to 2 billion will be premiums. So we need an efficient system to convince homeowners to invest the other 28 billion.”

The minister therefore wants guarantees in the field of premiums, his spokesperson said earlier. “They must be readily available for owners who want to renovate.”

“We are at the beginning of a process,” concludes Clerfayt. First on the agenda: further developing and adjusting the proposal of State Secretary Ben Hamou.