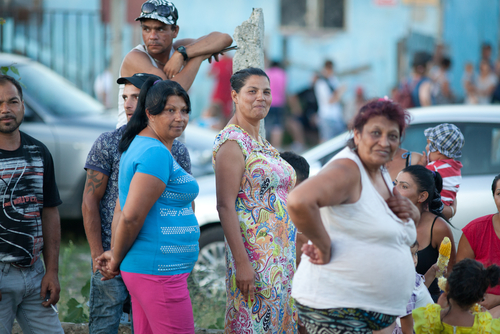 Brussels (Brussels Morning) Earlier this month, the Sinti and Roma who were murdered during the Nazi era are commemorated. In the Czech Republic, the Roma minority is still on the fringes of society more than 75 years after the end of the war.

Lety concentration camp to be converted into a memorial

As far as the fate of the Roma in the Czech Republic is concerned, Auschwitz cannot be imagined without Lety and Hodonin. The transports to Auschwitz started from these two camps in Bohemia and Moravia.

As of May 1942, more than 1,300 Roma were imprisoned there, and 327 people died as a result of hunger and disease. Most of the survivors were later deported to Auschwitz and murdered. After 1945, of the 5,000 Sinti and Roma in the Protectorate of Bohemia and Moravia, only 500 were still alive.

A memorial is to be opened at this location soon. But it was a long way to get here. From a pig breeding factory built on the site in the 1970s, it went on to a decades-long discussion about how to deal with the place. A state purchase agreement was then signed a few years ago.

Lety and the reluctant commemoration of the murderous persecution of the Roma represent that this ethnic minority – today around 250,000 in number – still has a hard time getting along in the majority of European societies.

None of the major parties that make up the governments around Europe have Roma integration in their program. So the Roma have little to expect from politics.

Where something improves, it is due to activities from the Roma community. The NGO Romea, for example, awards more than 350 university scholarships every year.

Considerable efforts have also been seen by dedicated individuals like Ida Kelarova. Year after year, the Czech singer forms her choir of 50 Roma girls and boys. Together with musicians from the Czech Philharmonic, they develop a program of Roma songs, which is then performed publicly. However, despite the best efforts from the community, discrimination against the Roma people continues to prevail in European societies.

As a recent anecdote, on June 19, Stanislav Tomas died in Teplice after a police operation. The incident, which was recorded on video, was reminiscent of the deadly police violence against the American George Floyd. The police and the interior minister were quick to relieve the officers. Roma man Tomas was said to have had a heart condition due to drug abuse, which was shown as his cause of death.