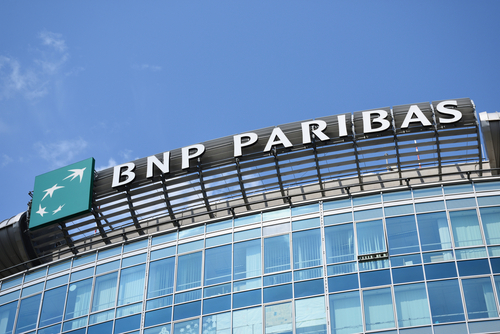 Brussels (Brussels Morning) One of the largest French banks, BNP Paribas, has been charged with laundering tens of millions of euro allegedly siphoned off from Gabonese public money, extracted by corruption and embezzlement, RFI reports.

The charges are the latest development in a long-running series of investigations into luxury real estate that the family of the late Gabon President Omar Bongo acquired in France. The charges were issued on 11 May, as part of the so-called “ill-gotten gains” enquiry.

The investigators claim that the French bank failed “in its due diligence obligations”, as it did not report a suspicious bank account to the authorities. The account in question held tens of millions of euros, which were allegedly used by the Bongo family to purchase expensive real estate developments in France.

The BNP indictment is the first case of a financial institution being caught by the ongoing ill-gotten gains investigation. William Bourdon, the lawyer representing the anti-corruption group Transparency International, described the charges as “a historic first in this case”.

According to the evidence collected by the French anti-corruption force OCRGDF, the Bongo family purchased twelve properties in Nice and Paris, paying nearly 32 million euro. The money was deposited in Libreville by associates of the Gabonese head of state into an account held by the Gabonese subsidiary of the French interior design company, Atelier 74.

The cash was later transferred into Atelier 74’s account at BNP Paribas in France. A total amounting to 52 million euro circulated in this way between 1997 and 2009. OCRGDF holds that the bank should have been alerted by the systematic use of cashier’s cheques. “It is difficult to believe that the bank at that time did not ask for proof of transfer, origin of the funds, the existence of contracts or agreements between these two entities”, OCRGDF concluded in its charges.