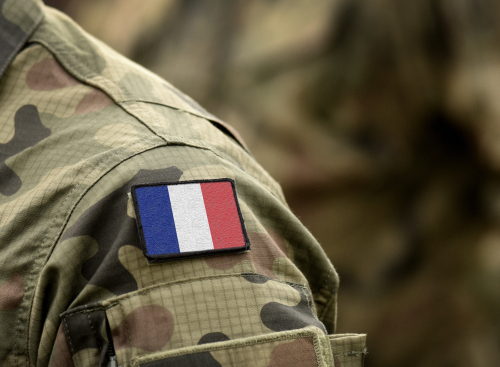 Brussels (Brussels Morning) A group of retired generals and French army officers responsible for a joint letter warning of an impending “civil war” could face retribution from the government, while far-right leader Marine Le Pen faced harsh criticism from both sides of the political spectrum over supporting the generals, France24 reported.

Some 25 retired French generals and a number of active military officers co-signed a letter published in the right-wing Valeurs Actuelles magazine, in which they warn that “laxist” policies of the current administration would result in chaos, requiring “the intervention of our comrades on active duty”.

The letter used dramatic language, stating “the hour is grave, France is in peril”, while warning that failure to act against the “suburban hordes” – a reference to the mostly immigrant areas on the outskirts of French cities – would lead to a civil war and a death toll in the thousands.

National Rally leader Le Pen, the most likely counter-candidate to President Emmanuel Macron in the second round of next year’s presidential elections, responded to the published letter by supporting the generals, and invited citizens of France “to join us in taking part in the coming battle, which is the battle of France.”

Le Pen’s response prompted angry reactions from both sides of the political spectrum, accusing her of supporting a military coup against the democratically elected government. The letter and her support of its contents were viewed especially negatively in light of it having been published on the 60th anniversary of a failed military coup against President Charles De Gaulle, which was organised by generals opposing France granting independence to Algeria.

Le Pen attempted to walk back and soften her remarks after the backlash, telling France Inter that, although she shares the soldiers’ diagnosis of the country, “these problems can only be solved by politics”.

Meanwhile, Defence Minister Florence Parly announced there would be consequences for the active service members who co-signed the letter, given that they had flouted a law requiring military personnel to remain politically neutral.