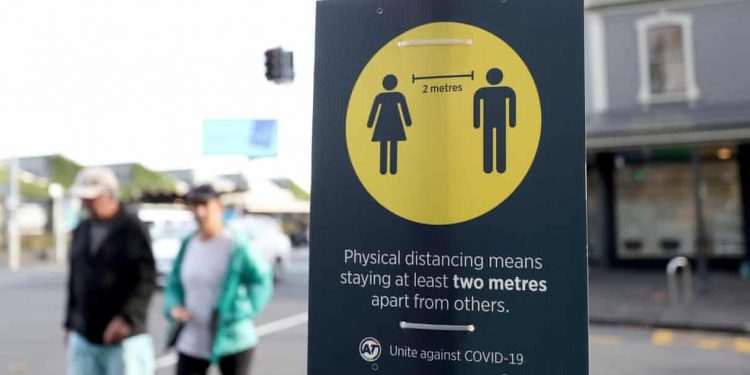 Some New Zealand family lawyers have been overwhelmed with enquiries – and are even turning prospective clients away – because of an increase in newly-separated couples seeking legal advice after they split during the country’s strict Covid-19 lockdown.

“We’re having new inquiries daily, certainly more than usual,” said Alissa Bell, a partner at McVeagh Fleming in Auckland, New Zealand’s largest city. “We often get an increase post Christmas, and it’s similar to that and even above that.”

While there are no official figures on the number of couples breaking up, the surge of new clients noticed by some New Zealand lawyers mirrors Australia research suggesting 42% of couples had experienced negative changes in their relationship. Therapists and lawyers there said demand had increased.

Of the lawyers the Guardian spoke to who had noticed the trend, the number of new clients, they said, was comparable to the annual post-holiday separation boom, which is often prompted by long periods spent together, along with New Year’s resolutions to make life changes.

Bell said the coronavirus lockdown seemed to have provoked the same sentiments.

“Covid’s provided another event with a similar situation of spending a lot more time with a partner than you would have previously,” she said. People’s priorities had changed, as had their working hours, and clients had been wondering, she added, “‘What happens if we go into lockdown again and I’m still with that person?”

New Zealand’s government imposed one of the world’s strictest Covid-19 lockdowns beginning in late March, with restrictions eased gradually from late April until early June. It appeared to have quashed the spread of the virus, with no known community transmission recorded in New Zealand for 102 days, and life returning largely to normal.

Business was down during the most restrictive weeks of the shutdown – when people were required to remain at home unless they were shopping or exercising – lawyers said, but as the measures lifted, the phones started ringing.

Debbie Dunbar is a partner and leader of the family law team at Morrison Kent in Wellington, New Zealand’s capital. She said her team of seven had noticed and discussed the new trend.

“Some are people who were already in relationships that perhaps they weren’t happy in, or abusive relationships that they’d been able to manage before because they weren’t at home all the time and had other support,” she said. But there were other reasons given too: Dunbar was aware of cases where affairs had come to light during the weeks of lockdown.

Lisa Kennedy, a partner at Strowan Law in Christchurch, said her firm had been so overwhelmed by recently-separated couples after the lockdown that they had turned prospective clients away.

“I don’t know whether the lockdown heightened things people were already feeling,” she said.

In Britain, family lawyers have reported an escalation in custody disputes during the weeks of shutdown, with parents disagreeing about where their children should stay – and Kennedy and others had noticed an increase in similar conflicts in New Zealand.

“There were quite a lot of inquiries over that period that were unique to that Covid-19 situation and care of children matters arising from it,” said Bell, the Auckland lawyer. As well as uncertainty about whether children could safely travel from one parent’s home to another, she said, people have “had a bit of time during lockdown to think about what’s working”.

However Dunbar said she did not believe the surge in separations would mean a later spike in divorces. Called a “dissolution of marriage” in New Zealand, couples must wait two years after separating before they divorce – and Dunbar said many never formalise their split.

“The actual process of separating is a lot more complex than the legal aspect,” she said, adding that some people waited “years” after separating before they divorced.