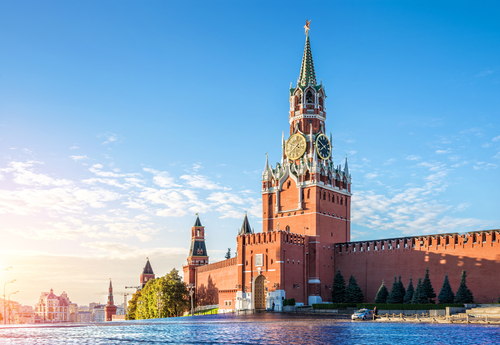 Brussels (Brussels Morning) After several months delay, Armenia has a new Foreign Minister. Prime Minister Nikol Pashinyan appointed his closest associate Ararat Mirzoyan, ex-chair of the Armenian parliament, to the post on 19 August, after an earlier nominee was rejected by Moscow. Mirzoyan quickly made his first foreign visit to the Russian capital, apparently determined to demonstrate his loyalty to Armenia`s primary ally.

Mirzoyan’s appointed came after unsuccessful attempts by Prime Minister Pashinyan to promote Armen Grigoryan, secretary of Armenia’s Security Council and a well-known Russophobe and critic of President Vladimir Putin. In mid-July, Pashinyan appointed Grigoryan to the post of first deputy and acting head of the Foreign Ministry. The move failed when Moscow said “nyet” to his candidacy. Grigoryan failed to find favour among the Russian elite, and that lack of trust was directly reported to the Armenian side by President Putin and Foreign Minister Lavrov. Moscow made its displeasure clear, indicating that in the Kremlin’s view Grigoryan was an unacceptable nominee to head one of the Pashinyan`s government’s key ministries.

The rejection of his candidacy underscored once again just who is pulls the strings in Armenia. The post of foreign minister is undoubtedly crucial, all the more so given the context of the post-Karabakh situation and the implementation of the November 2020 trilateral agreement. It cannot have come as a surprise that Moscow had no desire to see a Russophobe in the role of Armenia’s main negotiator.

The Kremlin’s decision sparked a heated discussion within Pashinyan’s entourage, some members of which felt strongly that the Armenian prime minister should defend his decision. Instead, the bid to promote Grigoryan’s candidacy by dispatching him as acting Foreign Minister to Moscow backfired. An unimpressed Moscow gave him the cold shoulder. He met with Secretary of the Security Council of the Russian Federation, Nikolai Patrushev. Then, failing to secure a meeting with Foreign Minister Sergei Lavrov, he had to settle for a reception hosted by Deputy Foreign Minister Andrei Rudenko. Despite doing these efforts, Grigoryan was unable to establish his credentials and prove his loyalty to the satisfaction of his Russia hosts. PM Pashinyan was left with no alternative other than to withdraw his candidacy and send him back to his post in the Security Council.

Pashinyan then turned to Ararat Mirzoyan, a National Security Service agent , who ran afoul of the mob during last year`s protest demonstrations and was severely beaten up. In assenting to Mirzoyan’s appointment as the new Foreign Minister, Moscow in effect made some concessions to the Armenian Prime Minister because, while not an outright Russophobe like other members of the Pashinyan team, Mirzoyan is well known for his pro-Western views.

A graduate of the Yerevan State University’s Arts Department of the History Faculty, Ararat Mirzoyan probably would have pursued a career in the National Archives of Armenia had he not come to the attention of the Americans. In 2012, Mirzoyan became associated with the US State Department-sponsored International Foundation for Electoral Systems (IFES), an organisation sometimes portrayed as a kind of cover for CIA operations. In 2015, Mirzoyan was an active participant in rallies outside the Russian Embassy in Armenia; when protesters tried to burn the Russian flag and called for the removal of the 102nd Russian base from Armenian territory.

Given this background, the Kremlin’s consent to Mirzoyan’s candidacy represents a significant compromise. The speculation is that Moscow proceeded on the assumption that there are no career diplomats remaining within the Armenian Foreign Ministry that can be considered loyal to the current government.

Moscow’s direct influence over the Armenian government is not limited to the Foreign Ministry. Arshak Karapetyan, formerly deputy chief of the General Staff of the Armed Forces of Armenia and an ex-adviser to the prime minister, was appointed Minister of Defence. Although Moscow was satisfied with his predecessor Vagharshak Harutyunyan, the latter did not get on well with Pashinyan. The new appointment raised questions among the ruling elite and defence authorities since it was Karapetyan who, as the head of military intelligence, had failed to anticipate the April 2016 war. For this, he remained under investigation until, exonerated, he was sent as a military attaché to Moscow.

During the Karabakh war in 2020, Karapetyan was said to be in Moscow, from where, reportedly, he periodically disinformed Pashinyan, supplying him with “data” allegedly received from the Russian Ministry of Defence. Citing his “sources”, Karapetyan would assure Pashinyan that should Azerbaijan cross the red line, Russia would certainly hit Baku. As adviser to the prime minister, he had no hesitation in disclosing his affiliation with the Main Intelligence Directorate of the General Staff of the RF Armed Forces. At the insistence of Armenia’s then Defence Minister Davit Tonoyan, Karapetyan was recalled from Moscow in disgrace. However, his loyalty to Pashinyan served to protect him. During the “riot” of the General Staff led by Onik Gasparyan back in the spring, he stood by Pashinyan, the sole military voice in the Prime Minister’s entourage. This proved to be the start of his way back to the defence department, where he became deputy chief of the General Staff.

Karapetyan also served as the main negotiator on the settlement of the Armenian-Azerbaijani border dispute. Yet his propensity for misleadingly reassuring the country’s leadership about developments remained in evidence as he kept assuring Pashinyan that the Azerbaijani troops would withdraw. In subsequent negotiations, Karapetyan, never tired of telling the Azerbaijani side that after Pashinyan, he was the number two person in Armenia’s top leadership. In Russia, Karapetyan is renowned for his volatility that often expresses itself in inappropriate behaviour and remarks, but is always underpinned by his loyalty to Pashinyan and to Moscow.

Despite Moscow blocking Grigoryan as foreign minister, Prime Minister Pashinyan retains him as secretary of the Security Council. Meanwhile, given his antipathy towards Moscow rule, incumbent foreign minister Mirzoyan is not viewed as a supporter of the government’s pro-Russian policy. However, there is no doubting that Foreign Minister Mirzoyan, with the skills of an agent, will continue to evince loyalty to Moscow, taking account of the prevailing military-political realities of the region.