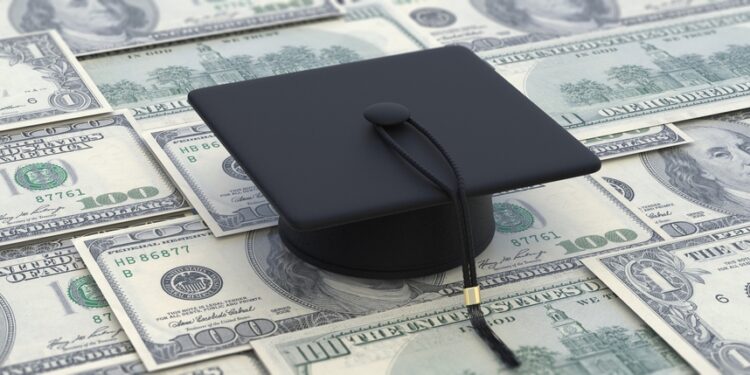 Brussels, (Brussels Morning)- If you go into a room next academic year, you will pay at least 15,346 euros for this. For commuter students, that amount is 10,156 euros. Last year it was 14,103 and 9,331 euros respectively. Kot students will therefore pay 1,243 euros more this year, compared to 825 euros for commuters. This is reported by the research group CEBUD, the Centre for Budget Advice and Research at Thomas More University of Applied Sciences. Every year they calculate the costs for a higher education student.

In the calculation, the research group makes a distinction between strict, broader and living costs. Strict study costs are costs associated with the programme, such as registration fees, courses, textbooks or expenses for study trips and internships. More generous study costs include expenses for trips to and from the campus and the rent and furnishing of a student room. Finally, living costs refer to living expenses, such as costs for food, clothing, health, housing and recreation.

The sharp rise in energy prices is apparently also reflected in the annual costs for a student. The rent for a student room in particular has increased “considerably”, according to the report. “Compared to last year, you now pay at least 420 euros more, assuming you manage to find a quality and cheap room in a tight market,” it sounds. According to CEBUD, you will pay 392 euros per month for a room in the coming academic year. The price increase for food is also considerable. The report expects an increase of 210 euros compared to last year.

Apart from living costs, a commuter student who travels to a nearby campus by public transport will pay a minimum of 1,892 euros in the coming academic year. Anyone travelling to the campus with their own second-hand car charges 3,800 euros per year on top of that amount. Kot students are allowed to add 4,815 euros per year and pay a minimum of 6,707 euros for strict and broader study costs this year.

Those who are entitled to a study grant can count on a reduction of 864 euros on those amounts. So the majority of the costs are “expenses that every young adult has, whether they are in college or not,” it sounds. For a commuter student, these living costs come down to 8,264 euros, for a student living in flats it is 8,638 euros.

Last year, the research group provided a so-called “corona supplement” of 10 euros per month, in which costs for mouth masks and disinfection gel were calculated. Although, according to the report, it is “looking at coffee grounds what autumn brings”, CEBUD will charge 3.3 euros per month for this next year.

Scholarship students who move into a flat will pay 14,482 euros in the coming academic year, for commuter students that is 9,292 euros.

Finally, for the calculation, the research group assumed a situation in which a student is dependent on the parents. There are often additional costs for independent students.