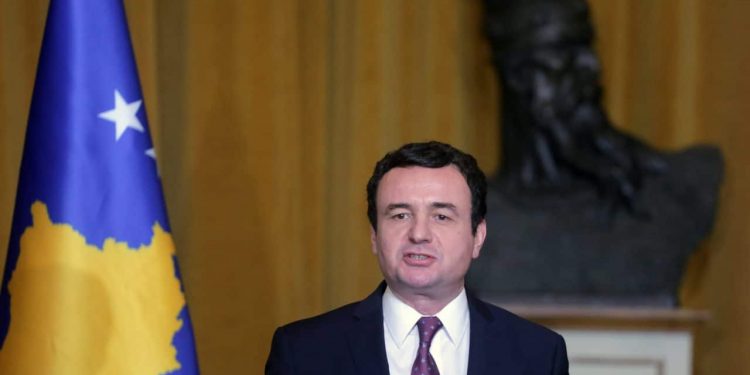 Brussels (Brussels Morning) The anti-establishment left-wing Vetevendosje party emerged as the relative winner in the Kosovo parliamentary elections on Sunday, winning some 48% of the vote, Deutsche Welle reported on Monday.

The second largest party, with around 17% of the vote, was the long-time ruling Democratic Party of Kosovo (PDK). Its leader and former Prime Minister Hashim Thaçi was unable to run in the elections after being charged last year with crimes against humanity and war crimes in the Kosovo Specialist Chambers and Specialist Prosecutor’s Office in The Hague.

“This was a referendum for justice and work and against state capture and corruption,” Vetevendosje leader, Albin Kurti, declared after the preliminary results were announced. He pointed out that the vote had been unlike any other since the 1999 war against Serbia and the former Serbian province declaring independence.

The 45-year old Kurti was a political prisoner during the regime of the Serbian President Slobodan Milošević in the 90s. Current Serbian President Aleksandar Vučić, one of Milošević’s ministers at the time, will likely have a much more difficult time in negotiating stabilisation with what is likely to be a Kurti-led government.

Kurti, who ran on a platform of anti-corruption and promised change, stated that the stalled talks with Belgrade will be only his “fifth or sixth priority”. His party finished first in the past two elections as well, but was outmaneuvered on both occasions when the right-wing parties formed  a coalition to seal a majority.

The EU and the US are eager to restart the stabilisation talks between Serbia and Kosovo, with eventual recognition of Kosovo likely to be one of the requirements for Serbian accession to the EU. Most western nations and EU member-states recognise Kosovo, with the exceptions of Spain, Slovakia and Romania. On the other hand, Russia and China continue to take Belgrade’s side and regard Kosovo as a province of Serbia.