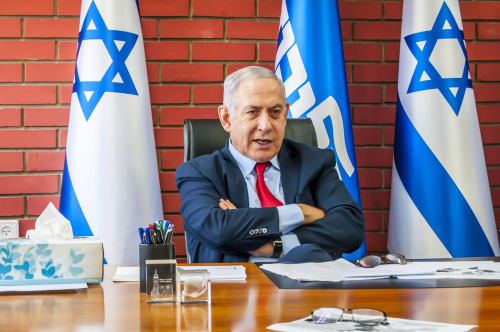 Brussels (Brussels Morning) The Israeli Parliament approved the new “government of change” on Sunday, formed by an unlikely coalition of parties including Arab lawmakers, in ousting Benjamin Netanyahu after more than 12 years as Prime Minister.

The Knesset confirmed right-wing leader Naftali Bennett as the new Prime Minister in a 60-59 vote, ending two years of instability, during which Israel held four parliamentary elections without providing a clear winner.

The new ruling coalition is a result of a very loose alliance which includes diverse parties from all ends of the political spectrum. The final deal, clinched at the very  last moment before the deadline to form a coalition had expired, saw centrist opposition leader Yair Lapid reach out to Bennett with a power-sharing offer. As a result, Bennett will serve as PM for the first two years of the Knesset’s new term, and Lapid for the remaining two.

Netanyahu, burdened by ongoing corruption charges and currently on trial, was forced to bow out, although he vowed he would be back in power soon. The former PM has returned to Knesset as the leader of the opposition, after a congratulatory handshake with Bennett, his former chief of staff, who broke with him to form a competing party.

In his first speech as PM, Bennett promised he would “unite the nation” and “work for the sake of all the people”. However, the disparate make-up of his fragile coalition means the former Defence Minister will have a very difficult time keeping all the factions happy, which is likely to result in legislative paralysis offering little opportunity for significant changes.

Despite the presence of an Arab party – the United Arab List – in the anti-Netanyahu coalition, the Palestinian authorities have remained ambivalent towards the change in the Israeli government. Palestinian Authority President Mahmoud Abbas called the matter “an internal Israeli affair”, reiterating the Authority’s goal of creating a Palestinian state based on the 1967 borders, with Jerusalem as its capital.