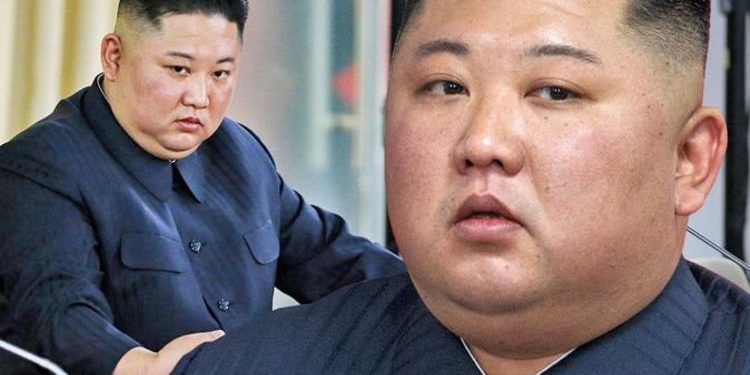 KIM Jong-un suffers from a long list of health problems including gout and diabetes and can hardly walk – and his sister Kim Yo-jong is the “logical choice” to replace him in the event of his death, a US-based author has said.

Ruth Ann Monti published North Korea in 100 Fact last year – and continues to follow the exploits of the Supreme Leader ever since, not least the rumours of his death, which spread like wildfire in April. Widespread reports suggested the 36-year-old was either dead or in a vegetative state as a result of botched heart surgery.

The rumours only subsiding after a clip aired on state television ostensibly showing him performing a ribbon-cutting ceremony at a fertiliser factory in Pyongyang – although sceptics pointed out there was no way to verify when the footage had been shot.

Ms Monti told Express.co.uk: “I had no idea whether they were true or not.

“He’s certainly a candidate for heart attack, stroke, cancer, you name it.

“He’s had gout, broken bones in his feet, and I would assume is diabetic.

“He’s actually been seen getting support from his sister and aides to walk!”

He is also rumoured to be partial to Hennessy’s Cognac, whisky and even snake wine, thought to improve virility.

She estimates his height at 5ft 7, and his weight at 286lbs, putting him squarely in the morbidly obese range.

She added: “The whole weight gain was initially done to establish robust health and play on a resemblance to his grandfather.

“But like his father, he overdid it. I’ll say one thing: Kim Il-sung was a tough guy.

“He survived near-starvation in the 1930s and early 40s, built and confined a nation, and lived to be 82, almost an unheard-of age in NoKo.”

Looking to the future, she identified one person in a position to capitalise should Kim’s myriad health problems get the better of him – his 32-year-old sister.

She said: “One thing I notice in official photos is that Kim’s advisors all look a lot older than he – there aren’t people of his age group in these leadership photos.

“So if he were to die prematurely, and given his health that’s something to think of, his sister is currently the logical choice. His children are still very young.

“Women aren’t normally given important roles or jobs in NoKo.

“Kim would have to consolidate her power to ensure this like his father did for him.

“The other option is that a puppet regime is in place with Yo-jong behind the scenes.”

As with so many things involving the Hermit State, it was difficult to be sure what was going on, Ms Monti said.

She added: “I’d watch to see who gets high praise in NoKo media.

“I really thought Kim would bring in his brother Kim Jong-chul, who was rumoured to have carried out the execution of their uncle several years ago, but apparently he isn’t interested in politics and lives abroad.”