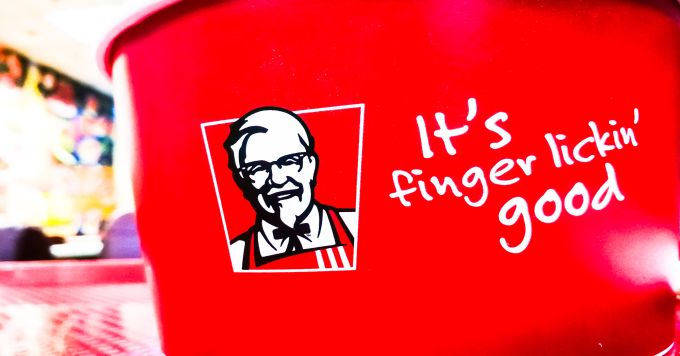 KFC has temporarily dropped its “finger lickin’ good” slogan because it “doesn’t feel quite right” during the coronavirus pandemic.

The fried-chicken chain admitted its 64-year-old tagline doesn’t work as well at a time when officials have urged people not to touch their faces to stop the virus from spreading.

“We find ourselves in a unique situation — having an iconic slogan that doesn’t quite fit in the current environment,” Catherine Tan-Gillespie, KFC’s global chief marketing officer, said in a Monday statement announcing the move.

KFC made the change official with a 30-second ad showing the words “finger lickin’” blurred out on its billboards and chicken buckets. The company emphasized that its food isn’t changing and that the slogan will return “when the time is right.”

While “it’s finger lickin’ good” likely wasn’t meant to be public health advice, the United Kingdom’s Advertising Standards Authority fielded 163 complaints in March about a KFC ad that showed people licking their fingers, according to the BBC.

KFC ultimately pulled the ad, which the complainers feared would encourage behavior that could spur the spread of the deadly COVID-19 bug, the outlet reported.

KFC suffered a 21 percent drop in same-store sales from April through June as the pandemic forced the chain to temporarily close about 6,000 of its 24,000 restaurants by mid-April, Yum Brands said in an Aug. 5 filing. Roughly 95 percent of the chain’s stores were open by the end of the quarter, which helped sales improve, the company said.