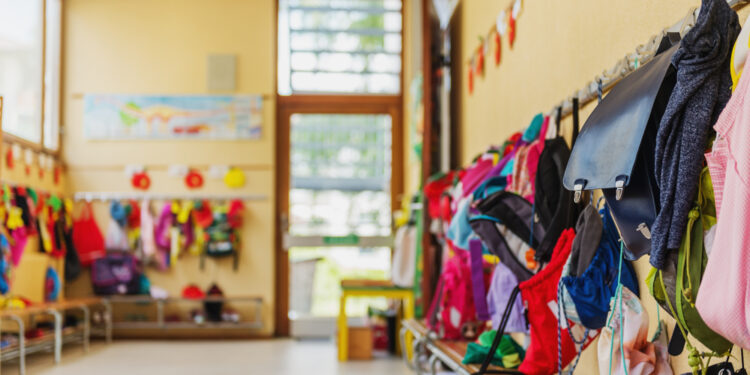 Brussels, (Brussels Morning)- The Brussels public prosecutor’s office has been investigating the construction and stability of De Telescoop primary school in Laeken for several months now. A former site manager filed a complaint against the GO! School group Brussels. According to the school group, there is no danger to the children or teachers.

The site manager was involved in the construction of the primary school in 2018. He then openly questioned the calculations for the roof construction, but he said he felt unheard of and intimidated. The man worked as a subcontractor on the site and was finally fired in the autumn of 2018. Despite several changes to the initial plans, he is still concerned about the stability of the roof and the gym on the top floor. He asks for an independent investigation.

The Brussels School Group responds that an external study has just been completed into the stability of the building. “The results show that there are no problems,” said spokeswoman Karin Struys. The school group does not yet want to share the study, carried out by the Seco consultancy. “We will first discuss the results with the parties involved,” says Struys. That will happen next week. “We can reassure all students and teachers that there is absolutely no danger to stability.”

It is unclear to what extent the ordered study has to do with the judicial investigation. The former site manager also approached some politicians. “At the end of last year, the education committee in the Flemish Parliament presented the matter to the minister,” said spokesman Michaël Devoldere of Flemish education minister Ben Weyts (N-VA). “He immediately instructed community education to clarify the matter.”

The school group says it wants to “reassure the person concerned” with the completed study. “Of course, the site was regularly inspected during construction,” says Struys. Minister Weyts has also already received the study, but first wants to discuss it in parliament.

The complainant also asks for clarity about subsidies paid to the school. He believes that the construction costs, and associated subsidies, were higher than anticipated due to modified plans. “I can confirm that the subsidies have been used correctly, as in all our construction files,” says Struys of the Brussels School Group. The subsidies come from the Flemish Community Commission (VGC).

Brussels VGC board member for Education Sven Gatz (Open VLD) refers to the school group for communication. “The VGC only supports this file by awarding a subsidy. The responsibility with regard to the construction works lies with the client,” says his spokesperson.

The nursery and primary school De Telescoop in Laeken has been open for two years , without any accidents for the time being. There is room for 200 children. Last year, five workers died on a construction site for a new school in Antwerp. This month it turned out that the main contractor of that Antwerp yard had been aware of stability problems for six months.