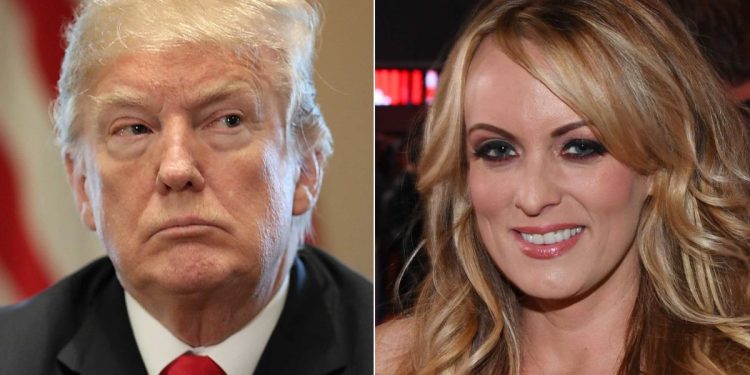 A California judge has ordered Donald Trump to pay the adult film actor and director Stormy Daniels $44,100, to cover legal fees in the battle over her non-disclosure agreement (NDA) with the president.

Daniels, whose real name is Stephanie Clifford, says she had an affair with Trump from 2006 until 2007. Trump denies it.

Daniels sued in 2018, seeking to be released from an NDA she signed with Trump’s former personal attorney, Michael Cohen, 11 days before the 2016 election. The lawsuit was dismissed as the agreement was deemed unenforceable.

Trump’s lawyers said Daniels didn’t win the case and therefore wasn’t entitled to lawyer fees. But Judge Robert Broadbelt III disagreed in his ruling on Monday, which determined Daniels to be the “prevailing party” under California law. The ruling was posted online by Daniels’ lawyers.

Cohen paid Daniels $130,000. After Trump’s election, she sued to void the agreement. Trump and his supporters denied the president knew about the payment, before Trump acknowledged it in May 2018 and said Cohen had been reimbursed.

In court, Trump’s lawyers also argued Daniels didn’t prove the president was a part of the NDA, which was made under the name “David Dennison”. Judge Broadbelt wrote there was a large amount of evidence showing Cohen chose Dennison as a pseudonym for Trump.

After her lawyer announced the decision, Daniels wrote on Twitter: “Yup. Another win.”

But she has not won every battle with her alleged former paramour. Daniels also sued Trump for defamation after he said on Twitter that a man she said threatened her to stay quiet in 2011 was “nonexistent”. Trump also posted side-by-side photos of the composite sketch of the man and Daniels’ husband.

That lawsuit was thrown out. Daniels is appealing the decision and an order to pay Trump almost $300,000 in lawyers’ fees.

The judge in that case ruled that Trump’s statements on Twitter were protected speech under the first amendment.

Since Trump’s election, Daniels has remained in the adult industry, using her fame to promote stripclub appearances and shows, including her latest television venture: a “Spooky Babes Paranormal Show” in which, she says, she is leading a team of investigators to hunt ghosts.

Cohen pleaded guilty to campaign finance charges and lying to Congress, among other crimes, and was sentenced to three years in prison in 2018.

Authorities in New York continue to pursue Trump’s tax records and other financial information, in an investigation of the Daniels payment and others.

In a bizarre disquisition on Thursday, during a campaign appearance in Pennsylvania, the president seemed to confirm one famous aspect of Daniels’ story about their alleged relationship: that he is scared of sharks.

“It’s true. I’m not a big fan of sharks either. I don’t know, how many votes am I going to lose?”

Daniels first said Trump was “terrified of sharks” in an interview in 2011.

“He was like, ‘I donate to all these charities and I would never donate to any charity that helps sharks,’” she said. “‘I hope all the sharks die.’”

She also considered the subject in Full Disclosure, her autobiography from 2018. She and Trump had settled down for a companionable viewing of Discovery’s Shark Week, she wrote, when Trump received a call from Hillary Clinton, then running for the Democratic presidential nomination, almost a decade before Trump beat her for the White House.

“He had a whole conversation about the race, repeatedly mentioning ‘our plan’,” Daniels writes. But “even while he was on the phone with Hillary, his attention kept going back to the sharks”.