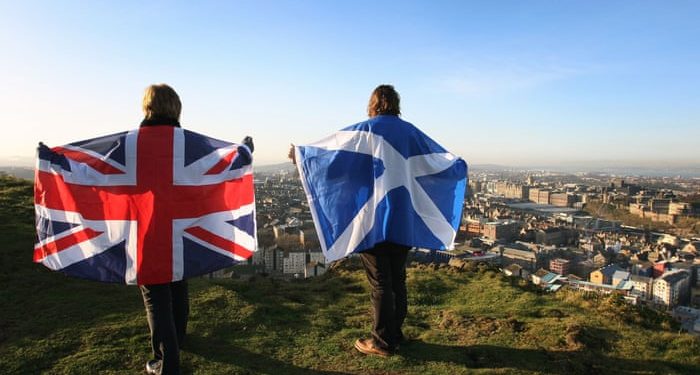 Scotland was devolved by the Scotland Act 1998, enacted a year after a referendum where the Scottish people voted for some powers to be transferred to its own parliament, under the former Labour leader.

Johnson also told lawmakers that he saw no case to give any more powers to the Scottish government or parliament where the Scottish National Party hold 61 out of 129 seats.

The prime minister’s spokesperson responded when asked about his comments, saying he “has always fully supported devolution and this government continues to put the union in the heart of everything that we do”, reported Reuters.

“He will always stand against those trying to separate the United Kingdom. He is very clear that he rejects the SNP’s call to break up the UK”, they added.

The comments may have already worked in favour of pro-independence parties in Scotland, however, with First Minister Nicola Sturgeon tweeting:

“Worth bookmarking these PM comments for the next time Tories (Conservatives) say they’re not a threat to the powers of the Scottish Parliament – or, even more incredibly, that they support devolving more powers”.

Douglas Ross, the Conservative leader in Scotland, immediately tried to stem anger, saying on Twitter, “Devolution has not been a disaster. The SNP’s non-stop obsession with another referendum – above jobs, schools and everything else – has been a disaster”.

Scotland voted against breaking away from the UK in a 2014 referendum at 55:45. Since then, the case for independence has gained ground, particularly after Britain’s decision to leave the EU, a divisive vote in which most Scots wanted to remain part of the bloc.

“I don’t think this is the right time to do that”, he said.

“Any politician who wants to spend time on questions like that at the moment, when we’re in the biggest health crisis for generations and we’re facing a very significant period of disruption, I think is frankly deluding themselves because they should be focusing on the priorities of the public”.