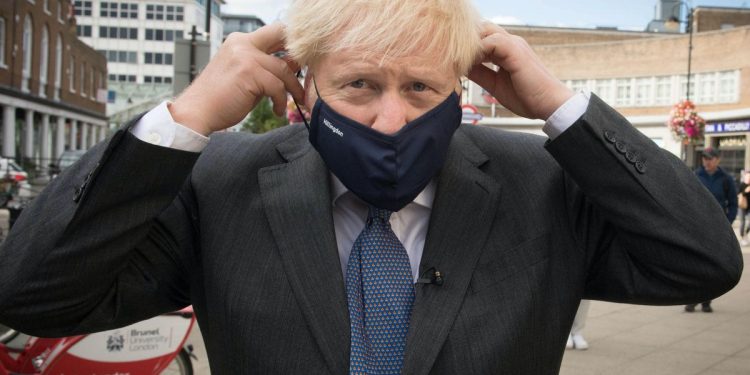 The group of 70 backbenchers, known as the COVID recovery group, have written to the prime minister to say any new measures would have to be justified, urging for a cost-benefit analysis to be published to demonstrate the restrictions “save more lives than they cost”.

The four-week lockdown is due to end on 2 December. Johnson will announce the new tiered restriction in parliament on Monday with further details on which areas fit in with which tier later this week.

However, Health Secretary Matt Hancock has indicated they will be more robust than before the November lockdown.

“The tiered system, while lighter than lockdown, will have to be stronger than the previous tiers that were in place”, he told the BBC.

Epidemiologist Dr. Susan Hopkins has also said that the previous “Tier 1” coronavirus restrictions had “little effect”, while the impact of “Tier 2” varied in different places.

Skeptical MPs are seeking reassurance that shops, gyms, churches and other places of worship would open in the next phase.

So all of these things continue to matter”, said Steve Baker, a member of the recovery group, speaking to the BBC.

A pilot mass testing scheme will also be rolled out in Liverpool, a high-risk area, in line with the test and trace system, enabling anyone who has come in contact with an infected person to get a rapid test every day and forgo isolation if they test negative.

Any restrictions will be relaxed over the Christmas period, as all four nations of the UK have indicated, potentially allowing up to three households to bubble with each other.

Confirmed cases in the UK have dropped over the last week, with 18,662 people testing positive for COVID-19, according to Sunday’s official figures, down from 24,962 the week before. The death toll has increased from 168 to 398.