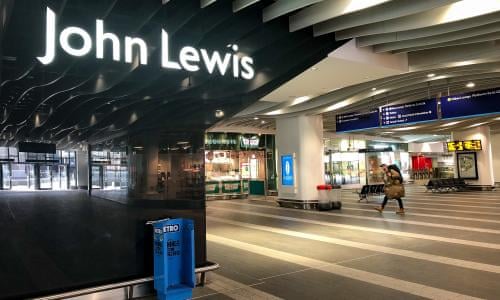 John Lewis is set to scrap its “never knowingly undersold” price promise, which the department store has offered its customers for almost a century, as new boss Sharon White tries to plot the retailer’s path out of the coronavirus crisis.

Under the slogan, introduced in 1925, the chain commits to refund customers the difference if they find the same item on sale for a lower price within 28 days.

White, John Lewis Partnership’s new chairman, announced the price promise was under review just after she took the reins in March, in an effort to improve financial performance.

She told the Sunday Times that the employee owned retail group, which also includes the Waitrose supermarket chain, was reviewing the pledge “to improve it”.

“The proposition is important because it signifies being fair to society,” White said.

The price match promise has hurt profits at John Lewis stores, as struggling competitors including Debenhams have repeatedly offered discounts to shoppers to entice them to spend.

“John Lewis has to get control back of its gross margin after throwing so much away on unnecessary price-matching of Debenhams and House of Fraser sale promotions,” he said.

The partnership was battling plummeting profits even before the pandemic took hold. Annual profits fell 23% to £123m in the 2019-20 financial year – the third straight year of falling profits.

The group’s 80,000 staff received an annual bonus of just 2% of their salary this year – the lowest bonus payment since 1953. In 2008, just before the financial crash, workers were handed 20%. All workers, from the chairman to part-time shelf stackers, receive the same percentage payout.

The coronavirus has accelerated shoppers’ switch to online. The department store chain expects online transactions to account for 60-70% of total sales this year, up from 40% before the virus struck.

As a result, it announced in July it would permanently close eight of its 50 stores, with the likely loss of 1,300 jobs, at travel hubs at Heathrow and St Pancras stations, as well a flagship store in Birmingham, located next to New Street station.

However, the company has not ruled out opening stores in different locations, and a strategic review of the business is expected to be completed in the autumn.

In addition, the group’s Waitrose chain is preparing to face a new challenge. After almost two decades, the supermarket’s deal with online grocer Ocado draws to a close at the end of August.

Waitrose has invested £100m in its online offer, including the opening of a second fulfilment centre in Enfield, north London, which has helped it to double online orders, with a third site scheduled to open at the end of the year.

The supermarket said it had begun the investment pre-Covid and could now reach 90% of UK postcodes through its delivery service.

One of White’s goals is to drive shoppers to both John Lewis and Waitrose brands through a dual loyalty card.

An effective loyalty scheme may be one way to reward shoppers if the price match promise is ditched, independent retail analyst Richard Hyman said, adding that John Lewis would never be able to market itself as the cheapest place to shop.

“They can’t just axe it, you can’t have spent generations giving customers something. Getting rid of ‘never knowingly undersold’ or making a material change to it requires them to introduce something else, another deal for consumers, and it sounds to me as if this [dual loyalty card] is it,” Hyman said.

As part of its plans to remodel its business following the coronavirus crisis, John Lewis has launched a furniture rental scheme.

A few days after it began to offer 50 items from its range, including sofas, beds and coffee tables, through a third-party site, Fat Llama, the majority were already sold out.

The scheme makes sense for John Lewis, said retail analyst Kate Hardcastle, but she does not believe it is the main way for the group to transform its business in a retail landscape increasingly dominated by Amazon.

“One thing the high street has fallen back on is expertise, its service,” said Hardcastle, adding that customers, especially those aged 40 and older, would also pay for advice.

“A John Lewis customer tends to be my age and up, I’m in my 40s, I don’t have all the answers and I would quite like a conversation with someone. With 40 to 50 years of buying left, that’s a pretty solid market to go into.”