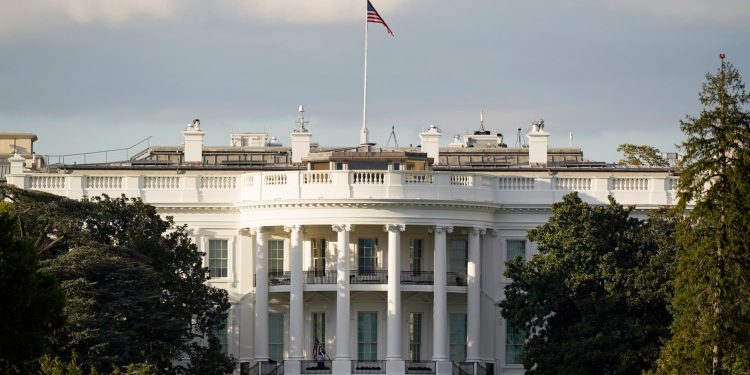 One notable foreign policy development in the US during the Trump years has been that the Democratic Party, at least the mainstream of that party, has become increasingly hawkish on Russia. The reason for this is obvious, many Democrats still maintain that Russian President Vladimir Putin helped Trump win the 2016 election and that Moscow continues to hold a baffling sway over Trump.

Given that, Democratic anger at Russia is easy to understand. Moreover, the Republican Party, which has historically been more anti-Russia, and before that anti-Soviet, than the Democrats, has developed increasingly deep ties with Russia. These ties go beyond Trump himself and include influential Republican senators like Ron Johnson of Wisconsin and powerful Republican aligned interest group like the National Rifle Association (NRA).

During the Trump years the Democrats’ anti-Russia positions have sometimes led to anti-Trump pundits and even elected officials overstating the influence of Putin globally and evincing a relatively superficial understanding of the politics of that country and its role in the world. Nonetheless, with a Biden presidency and unified Democratic control of the federal government looking very possible, the question of what US-Russia relations would be in a Biden administration is important.

Joe Biden has a long record on Russia that has been largely aligned with the mainstream of the American foreign policy establishment, meaning he has been from the more hawkish wing of the Democratic Party, but less virulent than, for example, the late John McCain.

At first glance, that give us a sense of what Russia policy we might expect from new Democratic administration: support for Georgian and Ukrainian territorial integrity and for the NATO aspirations of those countries, a strong stance and voice against human rights violations in Russia and efforts to have a military and political presence to balance Russian influence in what Moscow refers to as its near abroad.

Those policies would not have been out of place in the Obama or George W. Bush administration, but if Biden becomes president, he will take office in the context of a very changed US-Russia relationship. First, there is a strong feeling among many Democrats that the US still has some unfinished business with Russia dating to the 2016 election.

Outside of the most Trump-addled minds, there is a reasonably broad recognition that Russia meddled extensively in the 2016 election on the side of Donald Trump, and while it can never be proven, there is good reason to think that meddling was enough to have made the difference in that election.

Accordingly, there will be pressure on Biden to somehow demonstrate to Russia that although these events were four years ago, there will still be consequences. This is even more important because Russia is once again intervening in the US election, and once again trying to swing the election to Trump. This time, because Trump is so unpopular and has failed so badly as president, it is very unlikely that even extensive Russian interference in support of Trump will be enough to help the Republican incumbent win reelection.

Responding to this pressure will be additionally difficult for Biden because of the depth of Russia’s involvement with the Republican Party and conservative politics more generally. Thus, to definitively push Russia out of American domestic politics is impossible without fully reckoning with the corroded state of one of the two major American political parties.

US vulnerable to pushback from Russia

That is largely a domestic political project, and a daunting one at that, but the foreign policy piece of that equation means that there are profound reasons why a Biden administration, and indeed the American people, should be angry with Russia and seek to craft policy accordingly. The problems Biden will face arise out of seeking to expand that notion into action. In that regard, two questions come immediately to mind: what would a strong, even punitive, Russia policy be and what would the blowback from that look like?

These questions would confront a President Biden who will be leading a country that has seen its standing in the world and its economy battered and that could, by January, be reeling from the deaths of around 300,000 of its people and where the halcyon, from Washington’s perspective, days of American hegemony will be a distant memory. That puts the US in a position where it is both less able to implement aggressive policies towards Russia and more vulnerable to Russia’s subsequent pushback.

Sanctions, cyberattacks, freezing assets, reinvigorated rhetorical and material support for key allies, notably Ukraine, a larger presence in regions like Central Asia and the South Caucasus, will all be part of the menu of options facing a potential Biden administration, but while all of those will send a message to Moscow, they will not undo the damage that the Kremlin-GOP access had done to the US over the last five years or so; nor will these actions go unanswered by Moscow.

Therein lies the greater problem for Biden. The America he will find himself leading in January should he win will not be prepared for escalating tension with any foreign country, particularly one like Russia. The first few months of Biden’s presidency, if it happens, must be spent trying to get the pandemic under control, rebuilding the economy, reconstructing the badly damaged political and social fabric of the country and strengthening American democracy. Picking a fight, even a justified one, with a foreign country could jeopardize all of that.

However, a presidency lasts four, sometimes eight years, and that leaves Biden time to implement a strong response to Russian attacks on American democracy. Biden, who has been running for president on and off since 1988, is more patient than the famously petulant and impatient man he seeks to unseat. Russia might be wise to remember that.