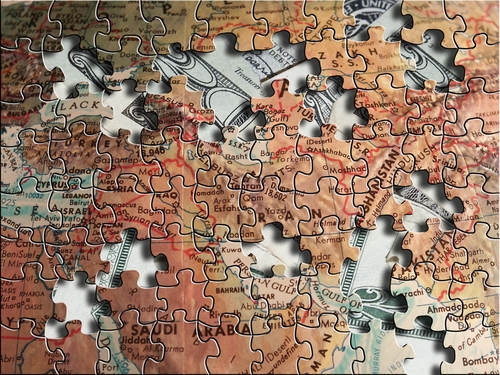 The US President Joe Biden’s stance on Israel Palestinian tensions will win him no favour with the right, writes Lincoln Mitchell.

New York (Brussels Morning) As the fighting between Israel and the Palestinians intensifies, many are questioning the new American President’s decision to de-emphasise addressing that longstanding conflict. I was among those who initially lauded this decision by US President Joe Biden because raising expectations for delivering lasting peace in the Middle East could undermine the rest of Biden’s presidency. However, now that there is a real possibility of further escalation following what has already been a deadly few days, the wisdom of Biden’s approach to the conflict is being reexamined.

There are a few things that need to be understood amidst the rush, particularly on the right, to criticise Biden for his non-handling of the Israel-Palestine issue. First, in the bigger picture the choice facing Biden, or any American president, is not between solving the crisis or doing nothing. Rather, the choice is between doing little to try to bring peace to the region or expending a great deal of time, effort and political capital for what will most likely result in a failure to bring peace to the region.

Although this flareup between Israel and Palestine cannot be blamed on Biden making an insufficient effort over the last four months to solve a problem that has existed for more than 70 years, the Biden administration now must respond to the recent developments and violence. Again, the options facing the administration, particularly the good ones, are very limited. Clearly the Biden administration does not want this conflict to continue, escalate or lead to more deaths on both sides. That is both obvious and not particularly helpful.

The question facing the administration is not what they would like to see happen in the Middle East, but what they can productively do to achieve those goals. The answer to that that question is much less clear. It also speaks to the dichotomy between the way Americans perceive the US role and influence in the world, and the reality of the limits of that role and influence.

Whatever efforts this administration can make to deescalate the conflict and end this current outbreak of violence must be balanced against the unfortunate reality that there are actors on both sides of the conflict that have little or no incentive to deescalate and who likely benefit, at least in the short term, from the conflict. The embattled Israeli Prime Minister Benjamin Netanyahu is juggling the current crisis with his need to stay in power and out of jail. Netanyahu has long bolstered his political support, particularly among his base, by positioning himself in opposition to American liberals like Biden.

Given that, his focus will be on his political future and will lean more towards hawkish actions and rhetoric. Similarly, being seen as standing up to Israel, even if the result is another military defeat, likely helps Hamas consolidate its political base. Additionally, the Palestinians, including President Mahmoud Abbas and the Hamas leadership, are similarly unlikely to see the US, even with a new president, as an honest, or even relevant, broker, so, like Netanyahu, are disinclined to work with the Americans.

Nonetheless, Biden has to do something. He has been wise not to raise any expectations about bringing peace to the Middle East, but simply ignoring a violent conflict that may still develop into a much larger war, even if there is little he can do, would be a mistake. The administration must find a way to productively address the violence without putting Biden in a politically risky position.

It is cynical to see this conflict through a lens that is substantially political, but it is also essential to recognise the limits of what the US can do. If the US could solve this crisis easily or bring lasting peace to the region it would have done so already. Moreover, moving the US away from a vision of itself as being able to influence geopolitical outcomes everywhere is good for both for the US and the rest of the world. This does mean going down the road of the America Firstism of the Trump years, but rather grounding policy in what can, rather than what should, be done.

Governing always requires balancing being proactive with being reactive. Thus far, the proactive aspects of Biden’s presidency have focused on domestic policy, but events in the Middle East cannot be ignored and will require some kind of reaction from the Biden administration.

Given the state of domestic politics in the US, regardless of what Biden does about the conflict in the coming days, he will be criticised by the right and accused of insufficiently supporting Israel — a bizarre attack to make on a president who has been a staunch supporter of the Jewish state for more than half a century.