Jimmy Lai: the Hong Kong pro-democracy tycoon who is not afraid to take on Beijing 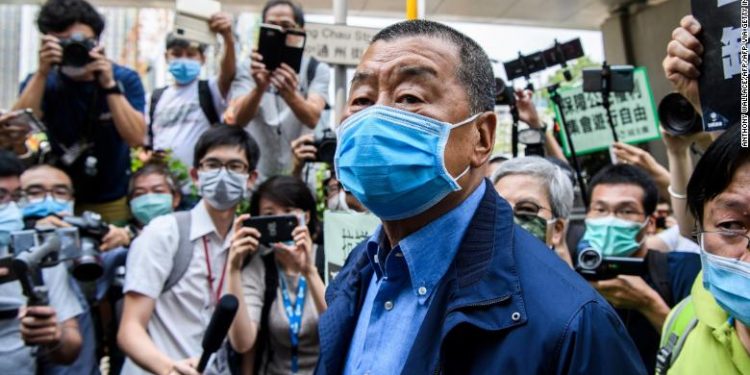 Lai, often referred to as the Rupert Murdoch of Asia, is one of the few Hong Kong business leaders willing to criticise Beijing.

He fled mainland China for Hong Kong at the age of 12, where he worked in sweatshops and learned English. He reportedly became politicised and a critic of Beijing after the 1989 Tiananmen Square massacre.

In Hong Kong, the self-made entrepreneur founded the Giordano clothing brand before turning to journalism, establishing Next media and founding Apple Daily in 1995. The newspaper has grown into one of Hong Kong’s biggest daily tabloids and, like Lai, is unashamedly pro-democracy.

Lai has been an outspoken funder of the democracy movement and opponent of Beijing’s control over Hong Kong, and as such as has become an high-profile figure in the territory. In 2013, a car rammed the gates of his home and weapons were left at the scene, while masked men threatened workers and burned thousands of copies of Apple Daily.

In 2014, anti-corruption officers raided the homes of Lai and his top aide, Mark Simon, after leaked documents revealed Lai had donated millions of dollars to pro-democracy groups and individuals ahead of the Occupy Central protests. A rival paper published a fake obituary of him, which claimed he died of Aids and cancer.

Chinese state media calls him a “riot supporter”, a “modern-day traitor” and “black hand”. He was labelled one of a new Gang of Four conspiring against Beijing alongside Anson Chan, Martin Lee, and Albert Ho.

Since last year’s protests Lai has been arrested at least three times, usually over accusations he organised or incited people to protest illegally. Lai was also among 25 people charged on Friday over attending a Tiananmen Square massacre vigil on 4 June.

His arrest on Monday was the first time he has been detained under the new national security laws, prompting fears he will face an unfair judicial process, with potential transfer to mainland China for trial.

Accusations that Lai was colluding with foreign powers ratcheted up after he visited the US last year and met vice president Mike Pence and the secretary of state Mike Pompeo. Lai has brushed off the collusion allegations, saying Hong Kongers have a right to meet with foreign politicians.

In May, Apple Daily published a letter on its front page to US president Donald Trump asking him to help “save Hong Kong”. It encouraged readers to cut out the letter, sign it themselves, and send it to the US.

Despite Beijing’s growing control over Hong Kong and the crackdown on pro-democracy movement, Lai has vowed he will not flee Hong Kong.

“I’m prepared for prison,” he told Agence France-Presse. “If it comes, I will have the opportunity to read books I haven’t read. The only thing I can do is to be positive.”

In June, he told the Little Red podcast the national security law would make the operation of a free press not just difficult but dangerous.

“But we have no choice but to go on with it. We don’t think about the consequences, we just have to carry on what we are doing. If we let the fear frighten us we won’t be able to do anything.”