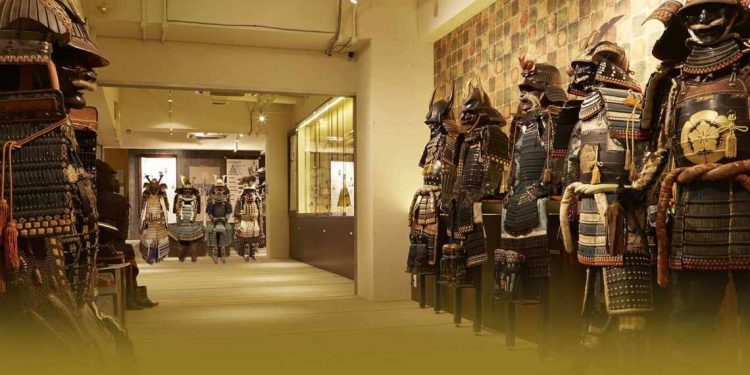 A museum devoted to the craft of the ninja – the covert agents of feudal Japan – has been left red-faced after thieves broke in and made off with a heavy safe containing more than 1 million yen (£7,155) in cash, all in the space of a few minutes.

Staff at the Iga-ryu Ninja museum in the central prefecture of Mie, called police after the building’s alarm went off in the early hours of Monday morning. But by then it appears that the culprits had already made their getaway.

According to the Yomiuri Shimbun newspaper, the thieves are thought to have forced open the door to the museum’s office with a crowbar, removed the safe and exited the building in the space of three minutes – a lesson in stealth and speed that any ninja would recognise.

Police believed the suspects waited until museum staff left at 5:30pm on Sunday before removing the safe, which weighed around 150kg.

While there is no word on the suspects’ appearance, there are no suggestions that they were clad head-to-toe in black and armed with shuriken “throwing stars”.

The ninja were once revered for their ability to combine stealth and violence in the service of their samurai masters during the “warring states” period from the mid-15th century.

These days, however, they have have taken on the far more benign role of tourism ambassadors, as Japan attempts to exploit a global craze for ninjutsu, or the art of stealth.

While several places in Japan claim connections with ninja, Iga and neighbouring Koga are credited with developing the two main schools of ninjutsu.

It was in those two locations that the ninja were arguably at their most effective, thanks to their proximity to Edo-era trading routes and mountain hideouts where they would train in between missions.