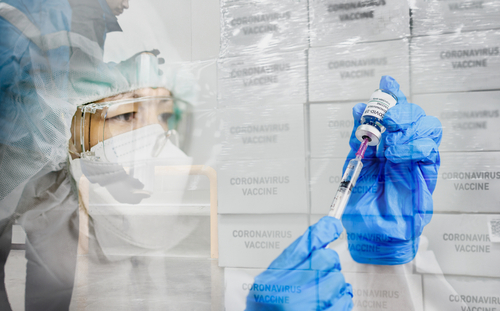 Brussels (Brussels Morning) Japan’s Minister for Administrative Reform and Regulatory Reform, Taro Kono, warned the EU on Monday against restricting exports of vaccines, AP reported. Any attempt to suspend shipments because of shortages in the EU would harm relations with Japan, he asserted.

Kono, who is in charge of overseeing Japan’s COVID-19 vaccination campaign, issued the warning as Tokyo’s vaccination targets for hosting the Olympics in roughly four months look to be in jeopardy.

Were vaccine shipments to Japan suspended, he would be “extremely concerned” about how this would affect friendly relations between Tokyo and the EU, he declared.

Kono pointed out that the EU only grants export approval on a shipment-by-shipment basis, and that it had ignored Tokyo’s requests for bulk approval for the export of the vaccine developed by US Pfizer pharmaceuticals. Currently, this is the only shot approved for use in Japan.

He complained that the limitation imposed on export logistics causes supply uncertainty. “We’ve been telling them not to affect our friendly relations and I hope the EU will grant a bulk approval for shipments to Japan”, Kono noted.

Japanese authorities are in process of reviewing vaccines developed by US Moderna and British-Swedish AstraZeneca. The country has confirmed ordering 344 million doses to be provided this year.

The quantity should be sufficient to vaccinate Japan’s entire population. However, most of the doses on order are from Pfizer and Moderna, and much of their supply comes from the EU.

Olympics not a priority

Kono said the Olympics did not figure in his “vaccination schedule”, making clear that since becoming the country’s vaccine minister, “I have never linked the Olympics to vaccination”.

Japan’s vaccination campaign is running behind schedule, so much so that it is increasingly unlikely the country will vaccinate its elderly population of some 36 million by June, as was originally planned.

According to Japanese authorities, approximately 0.6% of the population had received at least one shot by last Friday.