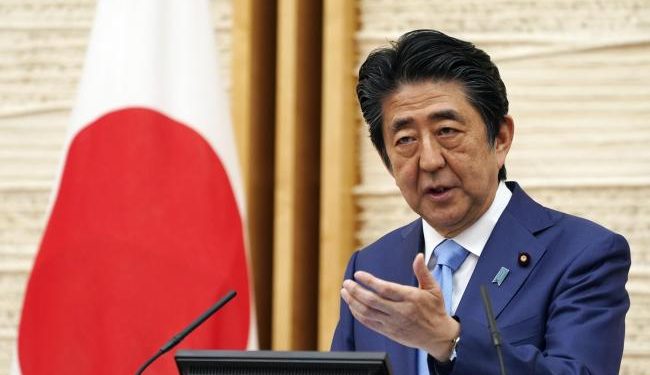 Japan’s prime minister, Shinzo Abe, is set to announce his resignation later on Friday, according to public broadcaster NHK, amid growing concerns about his health after he made two hospital visits in the space of a week.

Officials from the governing Liberal Democratic party (LDP) had earlier attempted to quash speculation that Abe may be unable to serve out his term, which was due to end in September 2021, as rumours swirled around the state of his health.

Abe’s deputy, the gaffe-prone finance minister, Taro Aso, is expected take over as acting prime minister, but his resignation is almost certain to spark a leadership race in the LDP.

One of Abe’s hospital visits lasted almost eight hours, and he is known to suffer from ulcerative colitis, a chronic condition that was partly responsible for forcing him out of office after just a year during his previous term as prime minister in 2007.

Abe made his most recent hospital visit on the same day he became Japan’s longest-serving leader, breaking the record for consecutive days in office set by his great uncle, Eisaku Sato, half a century ago.

LDP allies insisted this week that Abe would carry on until his term as party president – and as prime minister – ends in September 2021.

The government’s chief spokesman, Yoshihide Suga, said he met Abe twice a day and had not noticed anything that indicated he was in poor health. “It’s premature to talk about ‘post-Abe’, as he still has over a year left in his term,” Suga said this week.

A senior LDP member told Kyodo that Abe’s condition appeared to have flared up again but that he was “already on the mend”. The official, who was not named, added: “I cannot imagine he will step down.”

Akira Amari, a senior party official and close ally, said Abe appeared much healthier than the last time he saw him in mid-August. Abe was “probably exhausted mentally”, Amari said in an interview with Reuters, adding that his “voice was stronger and the colour had returned to his skin” when he appeared on TV on Monday.

Media quoted government sources as saying Abe would consult doctors again – possibly over the phone – on Friday before he is due to speak to reporters at 5pm local time.

He is also expected to defend his handling of the coronavirus pandemic amid an apparent second wave of new infections in Tokyo and other urban centres.

Abe, who has not briefed the media on Covid-19 since mid-June, will reportedly outline new measures to fight the pandemic, including a pledge to secure enough vaccine – if one is available – for the country’s entire population by early next year.

The availability of a vaccine is a key factor that could decide the fate of the Tokyo Olympics, which were postponed until summer 2021 due to the pandemic.

Abe, who turns 66 next month, has so far said little publicly about his visits to Keio university hospital, telling reporters this week only that he wanted to look after his health and get on with his job.

He has not indicated if his recent health issues were connected to his bowel condition, which has affected him since his teens.

When he became prime minister for a second time in late 2012, Abe said he was able to control symptoms with drugs that had not been available during his first period in office.