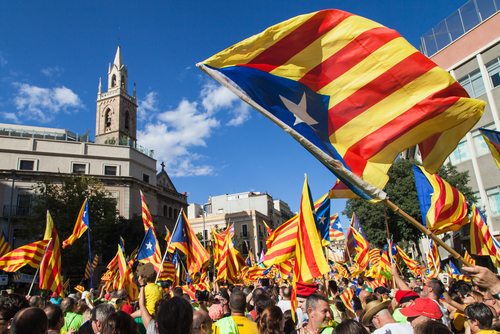 Brussels (Brussels Morning) Former Catalan deputy premier Oriol Junqueras praised the Madrid government’s plans for a sweeping pardon for jailed Catalan independence leaders such as himself, saying it would be a welcome gesture to “relieve the pain”.

Junqueras also defended the idea of a “negotiated” referendum on the future of Catalonia, as opposed to further unilateral initiatives, which he described as unviable, El Pais reported.

“We need to be aware that our response was not understood as fully legitimate by an important part of society, also Catalan society” Junqueras said on Monday.  However, he was critical of the Madrid government as well, noting that the Spanish state’s own actions at the time of the referendum had not followed “democratic principles”.

The Catalan regional government staged a unilateral referendum in 2017, a move that was deemed unconstitutional and illegal by the Spanish government, which clamped down hard on the referendum process and proceeded to jail many of the Catalan leaders behind it, including Junqueras.

Junqueras’ statements, published on Monday in the Catalan daily Ara, mark the first official reaction of the Catalan independence movement to the proposed government clemency for the referendum organisers.

According to Territorial Affairs Minister Miquel Iceta, the pardons could be granted in the coming days, though with strings attached. The issued pardons will most likely be reversible, meaning leaders could be brought back to prison should they attempt sedition again, and those receiving pardons will be barred from holding public office in the near future.

Socialist Prime Minister Pedro Sanchez faced considerable opposition on announcing plans for pardons. He defended his decision by saying the pardons were necessary to ease the tensions between Madrid and Barcelona. Sanchez also announced plans to restart negotiations with the regional government on the future of Catalonia.