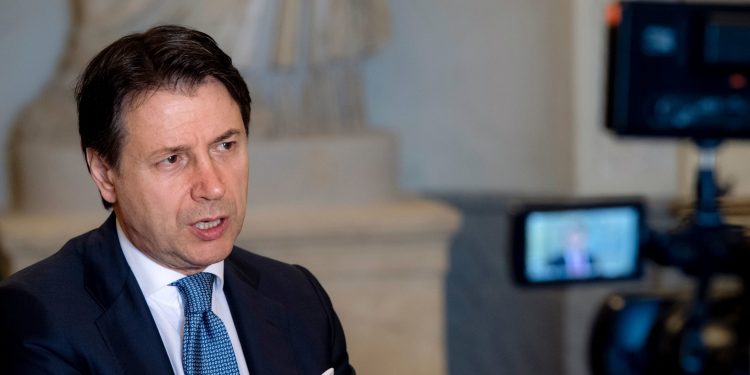 Italy’s Minister for the Environment Sergio Costa kicked off a round of parliamentary hearings on 10 September detailing the Italian Government’s Recovery Plan, in line with Brussels’ expectations.

He focused on sustainable transport policies, on renewable innovative technologies, energy-efficient public buildings and private housing, plus plans for an across-the-board transition towards renewable energy.

Later that day, the left-wing Health Minister Roberto Speranza addressed challenges presented by the Covid-19 pandemic including the territorial discrepancies in the quality of healthcare provision and the lack of financial resources. Speranza proposed a paradigm shift in dealing with public health, urging that it not be treated as a mere budget line in the context of welfare spending but as long-term investment in economic recovery.

He envisaged an approach based on five pillars: local proximity of health services, digitalisation, a review of environmental health factors, research and digital innovation. The overall aim would be to reduce the inequalities that emerged during the Covid-19 crisis.

On 15 September, the Parliament’s Budget and Finance Commissions heard the Minister of the Economy and Finance, Roberto Gualtieri (Democratic Party), as he outlined the government’s roadmap for maximal use of the Recovery Fund’s resources.

Gualtieri emphasised the need to embed long-term objectives in the recovery plan, a view echoed by MP Graziano Delrio (Democratic Party) who reiterated that investment should prioritise targetted measures to support youth.

Meanwhile, the European Commission adopted a template to be followed by national governments when drafting their recovery plans, according to a La Stampa report. Specifically, the Commission will evaluate national recovery plans to see how they comply with the principles of environmental sustainability (Green New Deal) and labour market flexibility.

The blueprint template is in response to the perception that certain Member States are lagging behind in terms of planning, thereby risking loss of EU funding. France leads the way in its contingency preparations, having already presented its national Recovery Plan.  Meanwhile, Spain and Portugal are holding consultations in Brussels with the European Commission.

Italy’s approach in that respect is a series of informal consultations. The Inter-ministerial Committee on European Affairs has submitted its recommendations to the Italian government for the draft plan to be sent to the European Commission, Linkiesta reports. Italy’s national plan consists of six pillars: digitalisation and innovation of value chains; green transition; development of mobility infrastructure; education, research and culture; social, gender and territorial justice; and, public health.

The inter-ministerial committee will present Italy’s guidelines for policy development and public procurement to the European Commission in October. Italy is the biggest beneficiary of the newly introduced recovery instrument package branded as Next Generation EU. Rome expects an inflow of €81.4 billion in grants and €127.4 billion in loans. That means a 28% share (€208.8 billion) of the €750 billion EU package for dealing with the Coronavirus crisis.