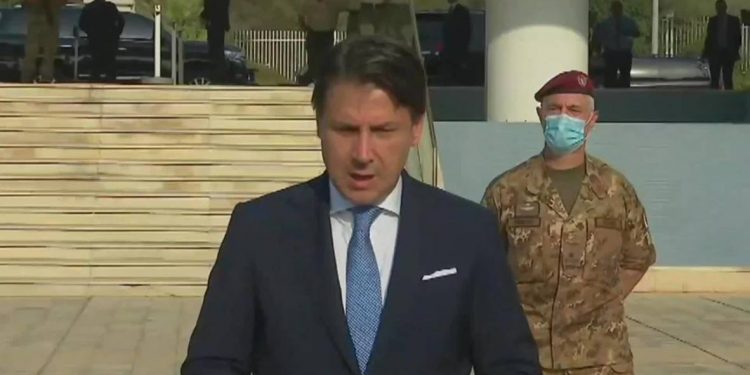 Italian Prime Minister Giuseppe Conte stressed the importance of rebuilding trust between people and institutions in Lebanon, Reuters reports. As part of his visit to Beirut, Conte joined France’s call for change in the wake of the economic crisis and last month’s devastating explosion in Beirut’s port.

Conte’s visit to Beirut comes one week after French President Emmanuel Macron, who spearheaded the international push for significant reforms in Lebanon aimed at ending decades of state corruption and mismanagement. Conte said it was important to look  to the future in order to re-establish trust between Lebanon’s institutions and its citizens, that it was high time to turn a new page in the country’s history. After talks with Lebanese President Michel Aoun, Conte noted that Italy and the EU as a whole are prepared to help.

Last week, President Macron noted that Lebanese politicians, who usually bicker for months over formation of a new government, had promised to reach agreement on a new cabinet headed by Prime Minister-designate Mustapha Adib by mid-September. Forming a new government quickly is the first of a list of demands presented by France that should open the door to the billions of dollars worth of aid that Lebanon requires to get back on its feet. The aid, originally announced at an international conference in 2018, was never delivered since successive Lebanese governments failed to implement promised reforms.

Adib’s efforts to form a cabinet by early next week in order to clear the way for aid, have been marked by none of the usual public discussion about possible ministers or the customary party haggling over posts, the hallmark of previous efforts to form governments in Lebanon. Adib has proposed a smaller than usual cabinet — some 14 ministers compared to the usual quota of 24 or so, according to Lebanese media and political sources. The Prime Minister-designate and former Lebanese Ambassador to Germany has refrained from making any public announcements in this regard.

Tags: In Rome
No Result
View All Result