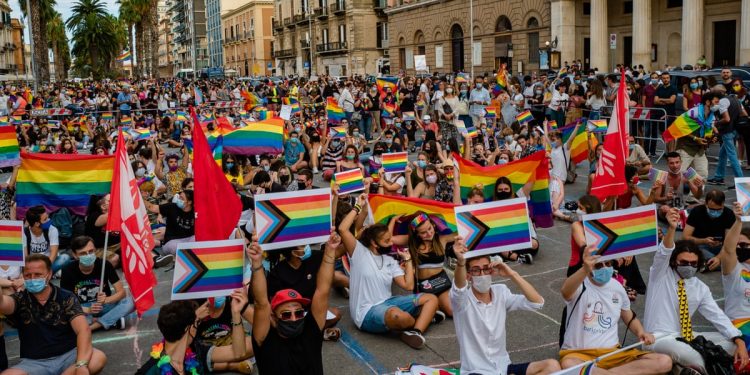 Italy’s LGBT community has been hit by a recent spate of violence, sparking both outrage and debate about the country’s attitudes toward sexual minorities. Meanwhile, the debate continues about a law that would criminalise hate crimes against LGBT people.

In a small town close to Rome, Willy Monteiro was attacked in early September attempting to intervene to save his friend from being beaten up. What started when a group of young men made jeering comments about the sexual orientation of the two friends ended tragically in Willy Monteiro’s death.

This incident prompted a public debate about hostile attitudes towards the gay and lesbian community, especially when they serve as a trigger for violence. Some politicians have called for harsher punishment when violent acts are motivated by expressions of hatred. Some attribute such violent outbursts to gang-style turf wars or to a fascist mentality rooted in a culture of violence.

Just last week, Maria Paola Gaglione, a 22-year-old from Caivano, north of Naples, died in an accident intentionally caused by her brother who was trying to stop her from dating her transgender boyfriend, Ciro. By colliding with the motorcycle the couple were riding on, Maria’s brother caused the fatal accident that killed his sister.

Later, when questioned, he attempted to justify his actions, claiming that his sister had been tainted by her relationship with a transgender person. The ensuing debate hit new highs, or lows, when a priest in the local town expressed some support for the lack of understanding Maria Paola’s brother displayed about her relationship.

The local LGBT community reacted, saying that her death could be linked directly to a culture of hatred towards people of different sexual orientations. Pressure groups are pushing for legislation specifically condemning homophobic acts.

Politically, the debate continues with all of Italy’s main parties condemning the event. Same-sex unions have been allowed in Italy for the last four years, but the new law would afford LGBT people more protection. Far right parties and religious groups are vehemently opposed to a law against homophobia/transphobia but any legislation to do with gay rights has always been controversial in Italy.

However, the Five Star movement wants offences related to sexual orientation criminalised. Similarly, the Democratic Party would like to see a law on homophobic and transphobic discrimination approved, yet parties that support harsher sentences for hate crimes keep blocking the draft law against homophobia and transphobia.