by Ivan Fischer
in Europe, Member States, Our pick 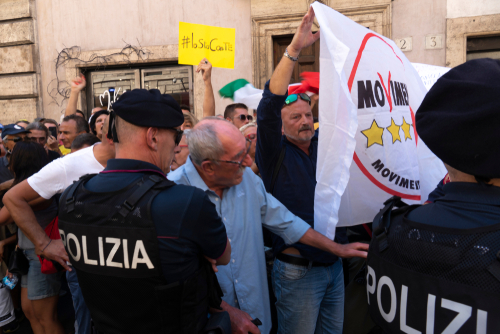 Brussels (Brussels Morning) Former Italian Prime Minister Giuseppe Conte was elected new head of the populist 5-Star Movement (M5S) this weekend, formally taking over what is currently the strongest parliamentary party, yet one whose prospects are less than stellar, say the polls.

Conte was elected party leader in a two-day online vote held among the members. There were no other candidates. Around 93% of the party members who voted in the intra-party election supported the former PM as their new leader.

Conte became PM following the 2018 parliamentary elections, as an independent expert tapped by the then-coalition of M5S and the far-right League, which had emerged as the two strongest parties in the elections.

As the M5S ratings dropped and the League’s grew, the far-right party’s leader Matteo Salvini departed the government, in a bid to provoke early elections and capitalise on the change in public opinion. Salvini managed to secure support from the centre-left Democratic Party (PD) and remain in power, proving himself an adept political dealer.

His rule nevertheless came to an end as former Prime Minister Matteo Renzi, whose supporters splintered off from PD and formed a new party, withdrew his support for the Conte government, a move that plunged Italy into a fresh political crisis in January this year.

Conte, losing majority support, was forced to resign, and was succeeded by former European Central Bank (ECB) Governor Mario Draghi. Draghi managed to form a wide-tent coalition, including the M5S, the PD and the League, and nearly all the remaining parliamentary parties with the exception of the extreme-right Brotherhood of Italy (FdI).

Conte soon became a formal member of M5S, often making statements on behalf of the party, and was the party’s de facto spokesman ahead of the weekend election, which now has cemented his position at the head of the party.

While M5S swept the 2018 elections with 32% of the vote, giving it the most seats in the current parliament, the party currently polls at around 16%, which leaves it trailing the League at around 20%, the PD at around 19%, and behind FdI, which in July emerged as the most popular party, and the sole opposition party. Despite this, Conte does remain Italy’s second most popular politician, behind current PM Draghi.