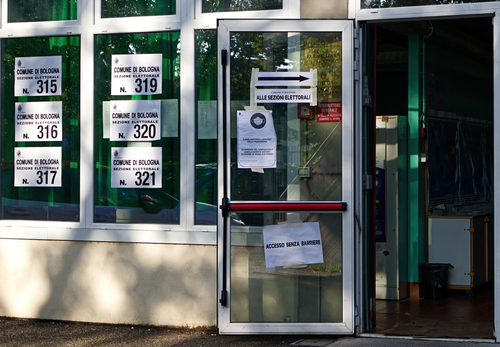 Brussels (Brussels Morning) Italy’s centre-left parties saw a great comeback in Monday’s local mayoral elections, with voters turning away from the populist and right-wing options in the major cities.

Partial results on Monday saw centre-left candidates winning in Italy’s financial capital Milan, as well as in Naples and Bologna, in the first round of the elections. While pre-election polls indicated that the Democratic Party (PD) and its allies would likely sweep the major cities, the margin of their success far exceeded expectations.

In Rome, the elections saw the fall of the populist 5-Star Movement (M5S) mayor Virginia Raggi, who ended up in third place in the polls and will therefore not get the chance to seek re-election  in the runoffs. Although the right-wing candidate for mayor, Enrico Michetti, led in the first round with 30.5% of the vote, he is expected to lose out in the runoffs to PD’s former Economy Minister Roberto Gualtieri.

The right-wing parties had experienced a great surge in support in recent years in Italy, with League head Matteo Salvini even abandoning the coalition government with the M5S in 2019, in hopes that the move would provoke national elections where the League would emerge as the strongest party.

The government crisis was resolved through a coalition forged between PD and M5S. This was subsequently brought down by former PD leader Matteo Renzi, who formed a splinter party Italia Viva (IV) with other former PD members.
The ensuing, second government crisis was resolved when President Sergio Mattarella invited former European Central Bank (ECB) governor Mario Draghi to lead an independent government, which Draghi accomplished by ultimately securing the backing of all but one of the major parties.