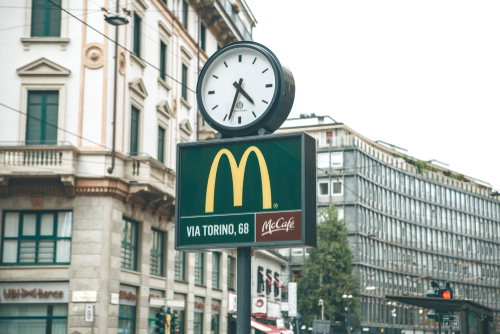 Brussels (Brussels Morning) Italy’s Competition Authority (AGCM) has opened a probe into franchise terms that the global fast food conglomerate McDonald’s sets for its franchise partners in Italy, after several of them had filed complaints in March this year.

According to the AGCM, available evidence indicates that there could be a relationship of economic dependence between the franchise operators and the umbrella company, which could amount to or result in what constitutes abusive conduct.

After receiving three complaints from restaurant operators, the Italian watchdog concluded that a long list of pervasive and binding clauses in the contracts, mandating prices, promotions, stocks, supplies, purchases, and even financial management, could amount to a form of abusive conduct.

If found guilty of breaching the country’s antitrust regulations, McDonald’s could be fined as much as 10% of its global turnover, almost 2 billion dollars, since its worldwide revenues in 2020 were reported to be 19.2 billion dollars.

In the formal decision to open the investigation, as seen by Reuters, McDonald’s was given 60 days to respond to apparent breaches of Italy’s antitrust regulations. The legal deadline for concluding the investigation is set at the end of next year.

Franchising is a key component of the McDonald’s business model. Around 85% of its worldwide restaurants are operated by franchises, while the company itself operates only 15% of its restaurants. Strict franchise contracts help the company maintain the uniform appearance and experience of its brand, with most consumers being unable to differentiate between company-owned and franchise outlets.

Responding to the news of the AGCM investigation against the company, McDonald’s Italy emphasised that it is open to collaborating with the antitrust authority, while asserting its confidence that its operations were “correct”. The company also stressed that it plays a considerable role in stimulating entrepreneurship and supporting the Italian economy.