Italy will be a frontrunner in the European ecological transition 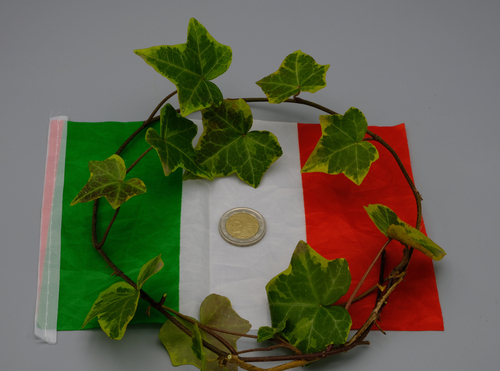 A coin, in the midst of ivy leaves, above an Italian flag. Concept of new institution, of the ministry for ecological transition

The new Ministry of Ecological Transition will place Italy as a leader in ecological transition, with the advantage of learning from its European neighbours, writes Tiziana Beghin MEP.

Brussels (Brussels Morning) The Five Star Movement agreed to back a government led by prime minister-designate Mario Draghi on the condition he establisg a high-powered Ministry of Ecological Transition (MiTE). This ‘super’ ministry is now a reality, and so is an ecological transition.

MiTE — whose competencies include, inter alia, energy — is going to provide a more global and coordinated vision on how to act on climate change, environment protection and sustainability. This is what the Five Star Movement has always hoped for: a unique opportunity for our country.

The new ministry will be modelled after the examples of three European countries:

France — This Ministry is responsible for sustainable development, protection and enhancement of nature and biodiversity, energy transition, industrial safety, transportation and infrastructure and for the fight against air pollution. Its budget amounts to 35 billion euros, 14 of which are set for energy transition. It has at its disposal 12 schools, including 5 engineering schools, with whom it constantly collaborates to realise its goals.

Spain — The Spanish Ministry for the Ecological Transition and the Demographic Challenge came into existence in 2018. It is responsible for energy, biodiversity, protection of coasts and water resources, environmental education, as well as sustainable transition and demographic challenge.

Switzerland – In Switzerland, the Federal Department of Environment, Transport, Energy and Communications is responsible for infrastructure, environment, energy and health matters. The latest initiative of this Department, the so-called ‘mobility pricing’, aims to influence transport demand and user behaviour, both in private motorised traffic and in the public transport sector.

We have to be careful and can learn from the mistakes and experience of Nicolas Hulot, the father of the first Ministry of Ecological and Solidarity Transition in France. If the ecological transition is not fair and inclusive then it will be doomed to failure. Hulot warns us to be careful and not to consider transition simply as a subject. It may, however be that transition will be the governments’ mission and main objective.

Now it is up to Italy to demonstrate that Transition will be the central mission of the coming decades.

Italy will receive from the NextGenerationEU 209 billion euros in investments, 37% of which will have to be spent on ‘green’ initiatives: in practice, the Ministry of Ecological Transition will be able to mobilise almost 80 billion euros to change the current economic model.

Without a European plan, it is arduous for member states to meet the ambitious European environmental objectives, such as the 55% polluting emissions reduction target to be reached by 2030 and the climate neutrality to be achieved by 2050. The circular economy is expected to allow European companies to annually save 72 billion euros by 2030, thanks to a more efficient use of resources. Furthermore, estimates predict the creation of 867,000 new jobs in this sector, 190,000 of which are in our country.

As demonstrated by the success of the ‘Superbonus’, which revitalised the construction sector, protecting the environment is an economic measure. The Ministry of Ecological Transition will be a driving force for the development of our country: we will have more jobs and less pollution.