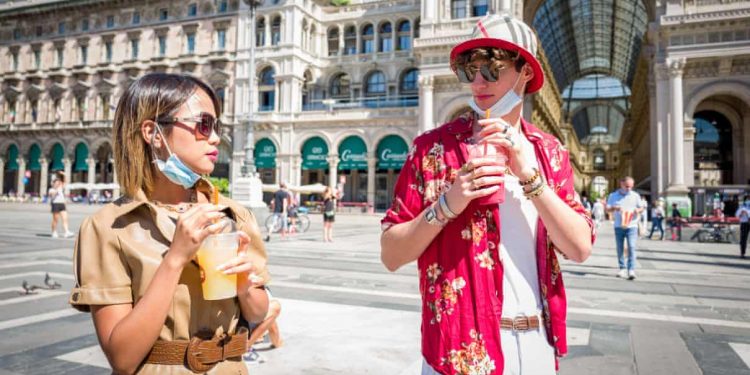 Italy was the first European nation to be engulfed by coronavirus, but as the prospect of another lockdown looms in some of its neighbours, the country has managed to avoid a resurgence of infections. At least so far.

Three experts who spoke to the Guardian put this down to good surveillance and contact-tracing, as well as most of the population diligently following safety rules, with many people wearing face masks outside even though it is not mandatory.

On 4 May, when Italy began easing lockdown restrictions, more than 1,200 new cases were reported in a day. Since 1 July, the daily increase has been relatively static, reaching a high of 306 on 23 July, and falling to 181 on Tuesday. Several coronavirus clusters have emerged across the country, but this has mostly been due to infections imported from abroad.

Meanwhile, Spain, France, Germany and Belgium could be on the brink of a second wave after steep rises in their number of cases.

“We have been particularly attentive,” Walter Ricciardi, an adviser to the Italian health ministry on the coronavirus outbreak, said. “We didn’t reopen schools, as they did in France … we’ve been attentive towards contact-tracing and managed to maintain a good chain of command and coordination to limit cluster outbreaks.”

The situation beyond Italy’s borders was one of the reasons why Italy’s prime minister, Giuseppe Conte, on Tuesday extended the country’s state of emergency until October despite a significant fall in the infection rate. This means he will continue to have the power to impose a lockdown and other safety measures without needing the approval of parliament.

“Contagion has fallen, but the numbers show that the virus continues to circulate, giving rise to outbreaks at local level which have been identified and contained,” Conte told the senate. “The international situation remains worrying and what is happening in countries close to us obliges us to be watchful.”

Despite gatherings outside bars and crowded beaches, for the most part physical distancing and the wearing of face masks have been widely observed. Regional leaders have acted swiftly against those who don’t comply. In Campania, people caught without a mask in enclosed spaces risk €1,000 fines, while those who flout quarantine rules in Veneto face hefty fines or jail.

“Italians take their health very seriously,” Ricciardi said. “If you look at the international data for mask wearers, 90% of people in Italy wear one, among the highest in the world, and this helps. We are reacting well because we are behaving well. So for now, we are succeeding, but the most important thing is to continue to pay close attention, especially to imported cases.”

Italy has banned arrivals from 16 countries deemed high-risk, including Bangladesh, Brazil, Chile, Peru and Kuwait, and since last week has required people returning from Romania and Bulgaria to quarantine for 14 days. The quarantine rule is already in place for non-EU and non-Schengen countries.

Gloria Taliani, a doctor of infectious diseases in the Emilia-Romagna city of Piacenza, said the high number of tests being carried out, including on those who were admitted to hospital for any reason or who visit an emergency unit, has also helped to limit the spread of infection.

“This has helped to not only avoid hospital outbreaks but to identify the origin of infection,” she said. “But we still need to be very cautious – physical distancing, masks and frequent hand-washing, these are the fundamental rules.”

Italy suffered a brutal first wave of the pandemic, with the virus so far killing over 35,000 people. The worst day was on 27 March, when 919 deaths were reported. On Tuesday, there were 11 new fatalities. Across the country, 40 people are currently in intensive care with Covid-19, down from more than 4,000 in early April. The median age of those infected within the last 30 days is 42, according to data from the higher health institute.

Fabrizio Pregliasco, a virologist at the University of Milan, said Italy was in a “state of limbo” and that perhaps the stability has simply been down to some good luck.

“For now things are going well, but we are walking a fine line,” he warned. “This stable situation could either end badly or carry on the same, but that would depend on two things: the continued capacity to identity clusters and the behaviour of the majority of Italians.”