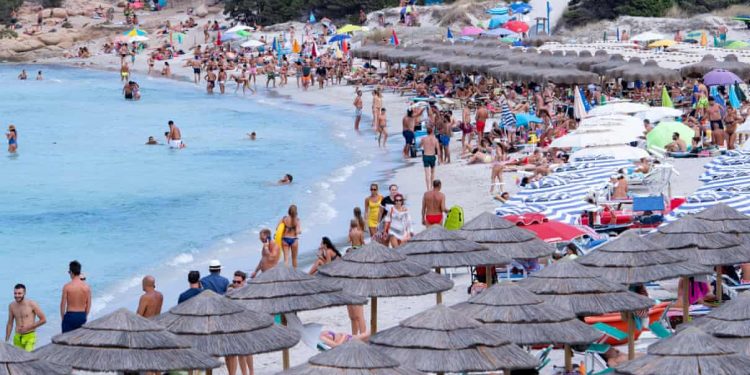 Italian health authorities are tracing visitors to former Formula One team boss Flavio Briatore’s Sardinian nightclub amid fears of a coronavirus cluster after more than 60 confirmed cases were linked to the venue.

Billionaire, on Sardinia’s Emerald Coast, has hosted thousands of guests in August, including hundreds of Italian and international VIPs. On Tuesday Briatore was confirmed to have tested positive for Covid-19 after being admitted to hospital in Milan, according to a statement from his staff.

Officials are now facing the challenge of contacting everyone who has been at the club in recent weeks.

Marcello Acciaro, the director of the Anti-Covid Unit in northern Sardinia, has made an official request for the names of the club’s visitors, which it has to record under Italian regulations. “That register will prove very useful,” he told the Corriere della Sera, “in order to trace the whereabouts of anyone who frequented the nightclub.”

Italian media reports, however, suggest Billionaire welcomed between 8,000 and 11,000 guests in the first weeks of August and authorities fear many registered with false names or phone numbers.

New cases of Covid-19 have increased rapidly in Italy in recent days. The country reported 1,367 new cases on Wednesday, its highest daily tally since May, when the country was still under lockdown. Half of the new cases in the Lazio region have been traced to holidaymakers returning from Sardinia, some of whom had frequented Billionaire.

Briatore had harshly criticised the Italian government in mid-August when a new decree imposed the closing of all nightclubs in Italy. “This new decree was written by a madman,” he said at the time.

The businessman has said he was taken to hospital because of an inflammation of the prostate and was given a coronavirus test while there.

He has also been forced to close his Cipriani restaurant in Montecarlo after two members of staff tested positive for Covid-19.

The former footballer and current Bologna coach, Siniša Mihajlović, who socialised with Briatore in Sardinia, has also tested positive for coronavirus.

Briatore also met the former Italian prime minister, Silvio Berlusconi, at his compound on Sardinia’s Emerald Coast in August. “I came to visit my friend, the President: I love him so much and find him in good shape. Bravo Silvio,” Briatore said in a short video posted on Instagram.

Berlusconi said this week he had taken a test and did not have Covid-19.

Sardinia was one of the Italian regions least affected by the epidemic. But it has seen a sharp increase in cases in August as tourists from all over the country have descended on the island.