Italy to receive 300 migrants from Moria 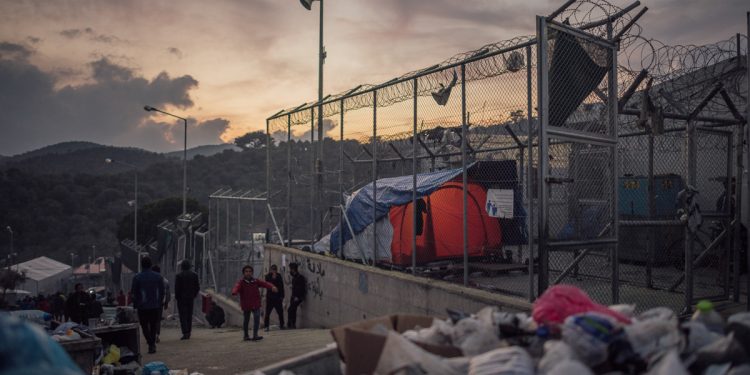 The Italian Ministry of Interior has announced it will help relocate 300 migrants from the destroyed Moria migrant camp on the Greek island of Lesbos, Kathimerini reported on Wednesday.

The move will involve mostly unaccompanied minors and vulnerable persons, and will be carried out in cooperation with the Community of Sant’Egidio Catholic association. The Ministry stated that the move is in response to the EU’s appeal for solidarity in handling the migrant crisis. The Community Sant’Egidio noted that its involvement was in direct response to the devastating fire that swept through the overcrowded Moria camp earlier this month.

The European Commission’s announced overhaul of the bloc’s migration system this week aims to get more EU member states on board to share the burden of dealing with the migrant crisis that so disproportionately affects Mediterranean member states.

Meanwhile, Sea-Eye NGO head Gorden Isler said that the NGO’s ship the Alan Kurdi is sailing to France having been turned away by the Italian authorities. The NGO stated that no country wants to take responsibility for the 125 people on board, France24 reports. The NGO pointed out that it contacted maritime rescue centres in Italy, Malta, Germany and France requesting a safe port but received no reply.

However, the newly-elected left-wing administration of Marseilles has indicated its readiness to receive the ship. Its deputy mayor Benoît Payan stressed that the city would not let people drown in the Mediterranean. Shortly afterwards, the city’s head of maritime police pointed out that it was up to Paris to decide whether the Alan Kurdi can  be allowed to dock in Marseilles.

Sea-Eye head of operations Jan Ribbeck stressed that the NGO must make assured arrangements for all migrants on board to disembark once in the port in order to avoid what would otherwise be a long and stressful crossing.

According to the International Organisation for Migration (IOM), close to 50,000 migrants have crossed the Mediterranean this year in search of a better life in Europe.