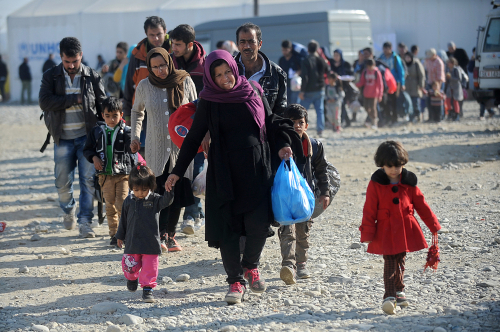 The incentive scheme, which the Italy’s Prime Minister Mario Draghi s to propose to EU leaders at the 24-25 May summit, would mirror a deal reached with Turkey, which in 2016 pledged to keep refugees in its own territory and halt the flow of migrants through the Balkans.

News of Rome’s proposal comes as more than 2,000 migrants arrived on the Italian island of Lampedusa over the weekend, the most recent surge of migrant flows from Libya to Italy. The weekend arrivals have overwhelmed the tiny island’s reception centre. The UN High Commissioner for Refugees Fillippo Grandi and European Commissioner for Home Affairs Ylva Johansson have called on the EU to offer solidarity to Italy.

Grandi also told the EU that a better system for disembarkation and relocation of migrants is necessary, maintaining that the number of arrivals would be more manageable if member states were to implement more consistent systems to receive asylum seekers.

Italy agreed in 2019 on a plan with other EU countries to help redistribute migrants after they arrived on Italian shores, but the voluntary scheme failed to provide a long-term stable solution to the Italian problem.

The incentive scheme for Libya would aim to hold back the vast majority of African migrants that depart from Libya in hopes of reaching EU soil in small and dangerous boats that are often overcrowded and unsafe for the often perilous crossing of the Mediterranean Sea.

A similar scheme was arrived at with Turkey in 2016, which received billions of euro for hosting Middle Eastern refugees – mostly from Syria – in order to prevent them from attempting to reach Europe via the Balkan refugee route.