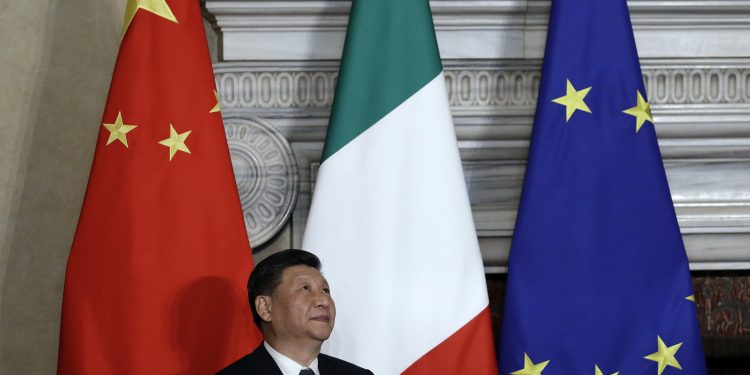 Italy’s Minister of European Affairs Vincenzo Amendola claimed on Tuesday that EU member states have been failing to make reciprocity a priority in their dealings with China, according to a Bloomberg report.

He noted that Italy wants to trade with everyone, but stressed that its dealings with China must be approved by the EU since foreign trade is connected to EU sovereignty. Amendola noted that the European Commission manages trade for all EU member states, hence the importance of operating within the EU framework. The EU, he pointed out, has transparent and market-driven rules that all member states apply, and that these are the same rules the EU applies to its commercial partners. China, he cautioned, takes a different approach when it comes to free competition between its market players.

After the EU and the US criticized Rome for ingratiating itself with China last year, Italy entered a commitment to toe the line with other EU member states as the union takes   a tougher stance on China. Italy has been changing its position on China after the previous Government joined China’s Belt and Road Initiative global infrastructure development strategy in March last year. At the time, Italy’s move came under fire, with the US and the EU expressing concern about China’s ambition to exert economic influence withy’sin the EU.

German Foreign Minister Heiko Maas has warned EU member states that might contemplate striking bilateral deals with China to think again because they will have a rude awakening. By way of response, Italian officials pointed out that both Germany and France have significantly tighter economic ties with China.

On Tuesday, China’s Ambassador to the EU, Zhang Ming, said that Beijing is prepared to start trade negotiations with the EU and he called on the EU to start the talks. He also asserted that China has made progress on many of the restrictive measures that the EU has been critical of, a case in point being that high-level talks on market access will continue later this month.