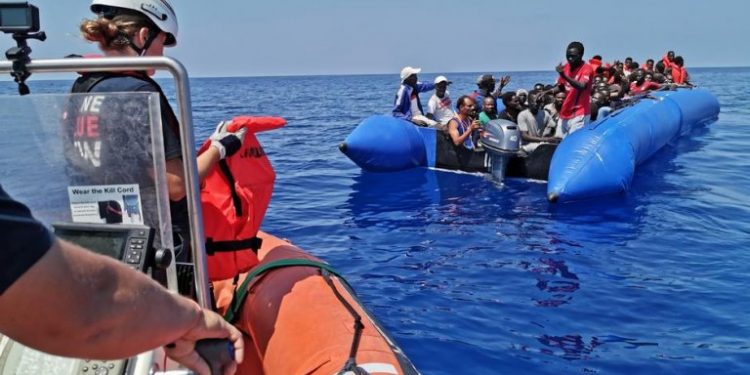 Italy has eased penalties for groups that bring illegal migrants into the country and strengthened measures to protect refugees at risk of persecution if returned to their respective countries of origin, Reuters reported yesterday, Tuesday.

Rescue boats that defy official orders and bring migrants to shore will face lower fines, down from Euros 1 million to Euros 50,000, according to the newly approved government regulations, while migrants will no longer be at risk of expulsion if at risk of torture or inhumane treatment back in their own countries. The new decree also makes it easier for people who hold special residence permits to acquire regular work visas.

Former Interior Minister Matteo Salvini, who was responsible for the original stringent rules, criticized the move and warned that open ports and wallets for smugglers and illegal migrants were back. Salvini remains a popular politician in Italy and his Northern League (LN) party currently tops opinion polls. He claims that humanitarian rescue activists are complicit in human trafficking since they send boats to pick up migrants at sea.

During his time in office, Salvini closed ports to migrant rescue ships and curtailed asylum rights in an attempt to limit arrivals. He could yet be tried for illegally detaining migrants on board ships while he was Interior Minister and, if tried and found guilty, could face a prison sentence of up to 15 years.

Italian Democratic Party (PD) head Nicola Zingaretti, noting that Salvini’s decrees have been rescinded, stressed that the government wants to make Italy safer and more humane. The decision by the governing coalition of the anti-establishment Five Star Movement (M5S) and the centre-left PD to revise the harsh restriction came after months of negotiation. The decision was adopted late on Monday despite resistance from some M5S politicians opposed to any easing of the rules adopted by the former coalition between M5S and Salvini’s LN.

On Friday last, the UN Security Council voted unanimously to extend member nation authorisation by a further year to inspect boats on the high seas off Libya suspected of human trafficking.