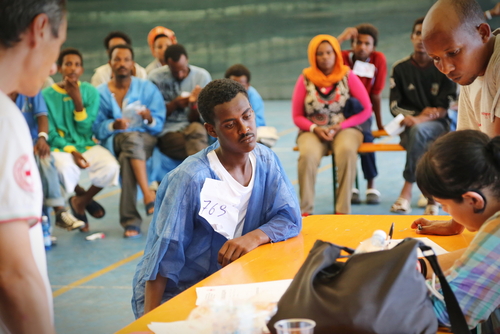 The NGO made the announcement after magistrates in Trapani on the island of Sicily noted they have completed a three-year investigation of the Iuventa ship, which was operated by the German NGO.

While the magistrates did not release their findings to the public, Iuventa crew members say they have been charged and are facing prison sentences of up to 20 years.

Prosecutors had previously implied that the Iuventa crew had worked with human traffickers in 2016 and 2017 in the Mediterranean.

“We will prove that all the operations of the Iuventa crew were absolutely lawful”, the group’s attorney Francesca Cancellaro declared, asserting that “saving lives is never a crime”.

Earlier this week, a judge in the Sicilian city of Catania ruled that four individuals, including employees of Doctors Without Borders (MSF), should stand trial for illegally dumping potentially hazardous waste in the city’s refuse receptacles after rescue missions.

According to the magistrates, the crews of the vessels Aquarius and Vos Prudence had illegally dumped tonnes of waste at Italian ports in the period between 2017 and 2018.

MSF insists the lawsuit is politically motivated, and that Italy is trying to stop rescue operations.

Also this week, Sicilian prosecutors pressed charges against the Mediterranean NGO for taking an illegal payment from Danish Maersk shipping company for picking up migrants that one of Maersk’s ships picked up last August off Libya. Both Mediterranea and Maersk deny any wrongdoing.

The number of migrant arrivals in Italy increased from 11,471 in 2019 to 43,154 last year, an upward trend that has continued this year with arrivals in January and February double what they were for the corresponding period last year.

The number of active rescue ships run by NGOs is trending upwards as well.