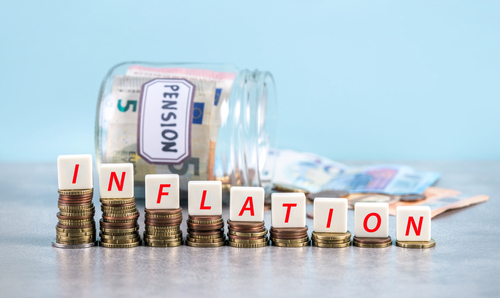 The package comes on top of aid worth roughly 33 billion euros prepared since January to cushion the blow of soaring prices, according to Reuters reporting on Thursday.

The plan is one of the last major moves of Mario Draghi, outgoing Prime Minister of Italy, before next month’s elections.

According to a draft document, Italy is planning to extend measures currently in place to the final quarter of the year, including natural gas and electricity subsidies for low-income households and lower levies.

The levees in question were put in place to finance the green push and accounted for more than one-fifth of energy bills in Italy before the government took action.

The excise duties cut for fuel were to expire at the end of the month, with the proposal pushing the deadline to 20 September. In addition, the bonus of 200 euros paid to low-income households last month is to be extended to workers who were previously not eligible.

The draft also includes a ban on unilateral changes to natural gas and electricity supply agreements for households that is to stay in effect until October.

The government pointed out that tax revenues are exceeding expectations and stressed that the proposed package will not push the deficit over the target of 5.6% of GDP, which it confirmed last week.

According to the plan, Italy will spend approximately 1.6 billion euros to reduce the tax wedge, the difference between gross and net wages, in the second half of 2022. The benefit is to go to workers with an annual income below 35,000 euros.

In addition, the government is to implement in the final quarter of this year the 2-percent revaluation of pensions initially planned for next year, which will cost the state roughly 2.4 billion euros.

The Organisation for Economic Co-operation and Development (OECD) warned that, according to its estimates, the average single Italian worker lost 46.5% of gross salary in social contributions and taxes last year.