Italy likely to extend state of emergency until end January 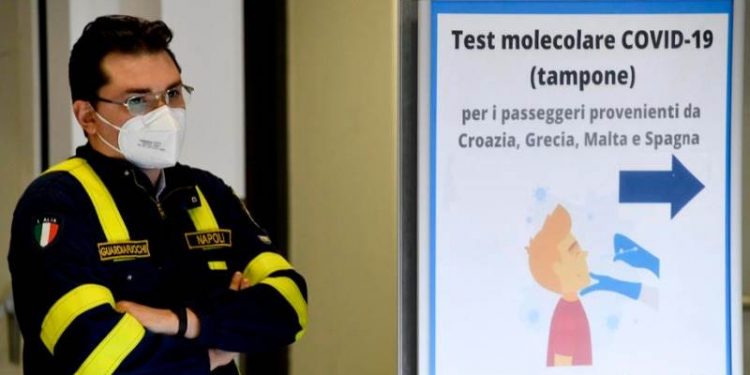 Italy will likely extend health emergency restrictions until the end January next year in its attempts to avoid a surge in confirmed coronavirus infections similar to that seen in other European countries, RFI reported yesterday, Thursday.

The emergency measures, due to expire in two weeks’ time, provide the government additional authority to fight the pandemic, including the right to speedy passage of laws and regulations aimed at curbing the spread of the virus.

Meanwhile, Germany has added Belgium to the list of high-risk areas. The list, which now extends to 17 EU member states, applies to countries and regions with more than 50 confirmed infections per 100,000 inhabitants in the preceding seven days. Germans returning from such areas have to undergo testing and are required to remain in quarantine until they have been confirmed infection-free.

Yesterday, Italy’s Prime Minister Giuseppe Conte confirmed his intention to ask parliament to extend the state of emergency. Italy, according to Reuters , was the first European country to experience a large coronavirus outbreak in the spring, but fought the spread of the virus with a strict lockdown from March to May. It suffered the highest death toll in continental Europe, with 35,894 confirmed deaths. Daily infection rates have increased over the last two months, but still remain below 2,000.

The cumulative number of confirmed infections in Italy in the last two weeks stands at some 37 per 100,000 people, among the lowest in Europe, BBC reports. By way of contrast, in the UK, the figure is over 100, in France, some 230, and in Spain, about 330.

Italy’s Deputy Minister of Health Pierpaolo Sileri, praising Italians for following the rules, cautioned that the fight against the pandemic is not over.