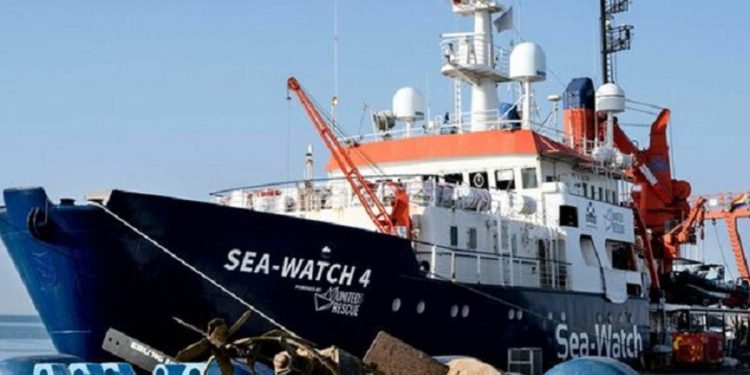 The NGO condemned the move as politically motivated, with head of the Sea-Watch 4 mission Philipp Hahn asserting that Italy’s justification was flimsy and aimed at preventing civil sea rescue operations.

Italian authorities pointed out that the vessel was not registered for life-saving activities. Officials also claimed that the ship was carrying an excessive number of life jackets and that its sanitation and waste disposal system was inadequate for the number of people rescued.

Sea-Watch 4 had rescued 354 people, 98 of them unaccompanied minors, and had waited for days to be assigned a safe port. The crew is undergoing a 14-day quarantine outside Palermo in compliance with the applicable coronavirus pandemic regulations.

The vessel is the fifth of its kind to have been blocked by Italian authorities in the past five months. It is operated by four humanitarian groups — Doctors Without Borders, United4Rescue, Germany’s Protestant Church and Sea-Watch.

A German-flagged ship operated by Sea-Eye, the Alan Kurdi, was the first to be detained in Italy after rescuing 133 people in early May, AP reports.

Doctors Without Borders stressed that the ship was at sea because there was no state-led search and rescue capacity in the area. The international NGO accused Europe of shirking its legal and moral duty to save lives. The NGO also criticized policies that have reinforced the Libyan Coast Guard’s ability to block human traffickers’ ships from leaving Libya, stressing that the country is not safe since many people have claimed being tortured there. According to the NGO, 379 people trying to reach Europe via Libya have died or gone missing this year in the Mediterranean in efforts to reach Europe from Libya, 111 in August alone.

United4Rescue pointed out that German authorities in July confirmed that the Sea-Watch 4 met all safety requirements.

The most recent incident comes in the wake of attempts by EU authorities to find a common approach to dealing with the migrant crisis, Italy being the hardest hit and therefore the most apt to take a hardline stance given its geographic accessibility.