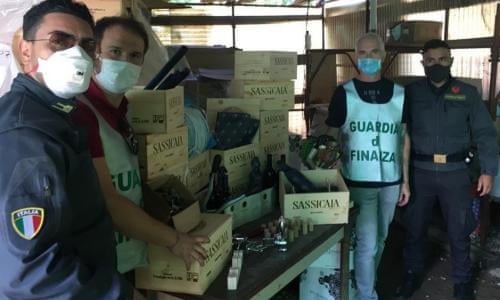 Libyan patrols detained two Sicilian fishing boats on 1 September and took the crew members to Benghazi, where Haftar holds sway. They are charged with operating in Libyan territorial waters. Italy has disputed the claim. Relatives of the detained sailors, some Italian and some Tunisian, have set up camp outside the parliament to draw attention to the incident.

According to Italian media reports, Haftar wants Italy to release four convicted human traffickers in exchange for the release of the fishermen. The four were arrested in Sicily in 2015 and sentenced to up to 30 years in prison for organizing illegal crossings that resulted in the deaths of tens of migrants. Di Maio rejected the attempted swap as unacceptable.

Speaking outside the parliament, Rosetta Incargiola said her son Pietro Marrone is captain of one of the two detained fishing boats. Sixteen days after being detained he son called to say he was fine, asking her to do what she could to help him. She urged the government to take action as soon as possible.

Waters in the Southern Mediterranean have been in dispute since 2005, when the late Muammar Gaddafi unilaterally extended Libyan territorial waters from 12 nautical miles offshore to 74. Controlling eastern Libya, Haftar’s administration is trying to enforce this unilateral decision, one which Italy never recognised. Marco Marrone, owner of one of the fishing boats, claimed his vessel was 40 miles north of Benghazi when it was seized.

Since Gaddafi’s overthrow in 2011, Libya has lacked central rule. Rival camps have operated parallel administrations in the east and the west of the country since 2014. Italy has backed the Tripoli-based Government of National Accord (GNA), formed under  terms of the UN-backed Libyan Political Agreement, and has had strained relations with the rival Haftar administration, although it has strived to cooperate with both administrations in its efforts to stem the flow of illegal migrants to Italy.