Italy and Russia at odds over reported Navalny poisoning probe 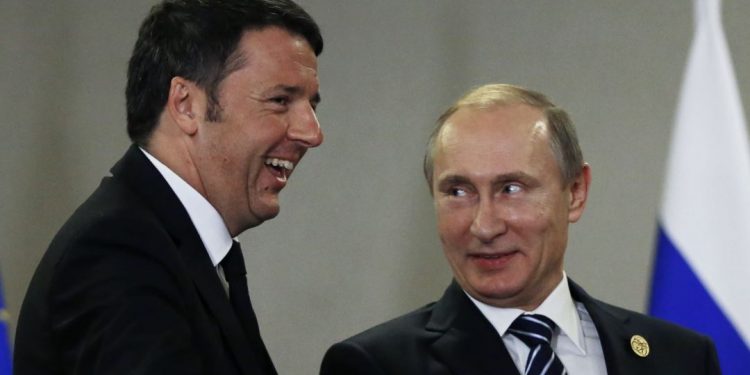 Italian Prime Minister Giuseppe Conte said on Thursday that Russian President Vladimir Putin had informed him he would set up a committee tasked with investigating the poisoning of Russian opposition leader Alexei Navalny, Reuters reports.

The Kremlin has rebutted the statement, attributing Conte’s remarks to a possible miscommunication.

Navalny fell ill in Russia last month and was taken to Germany for treatment, with Germany claiming he was poisoned with the Novichok nerve agent and Russia stressing it is yet to see any evidence that Navalny was poisoned.

In an interview with Il Foglio, Conte said that Putin assured him in a recent conversation that Russia is planning to look into the poisoning and is prepared to cooperate with German authorities on the matter. Conte stressed that cooperation is the best way to prevent the incident from negatively affecting EU-Russian relations.

The Kremlin has since refuted Conte’s reported remarks, indicating that it was possible there had been miscommunication between Conte and Putin. Kremlin spokesman Dmitry Peskov stressed that Moscow sees no reason to launch a criminal investigation into the Navalny incident. The Kremlin stressed that it is yet to see any solid evidence of Navalny’s alleged poisoning and that it had not received any medical data from Germany.

On Wednesday, US Secretary of State Mike Pompeo stated there was a good chance Navanly’s suspected poisoning had been ordered by senior Russian officials. Kremlin spokesman Peskov described the statement as unacceptable and said Moscow rejected direct or indirect suggestions that Russian officials had anything to do with the poisoning.

While the UN and the NATO have urged Russia to launch or cooperate in a probe into the incident, Russia has demanded that Germany hand over evidence of Novichok poisoning and has denied its involvement, according to DW.

Der Spiegel  reports that Navalny was taken out of a medically-induced coma earlier this week and is now recovering in the Charité hospital in Berlin.