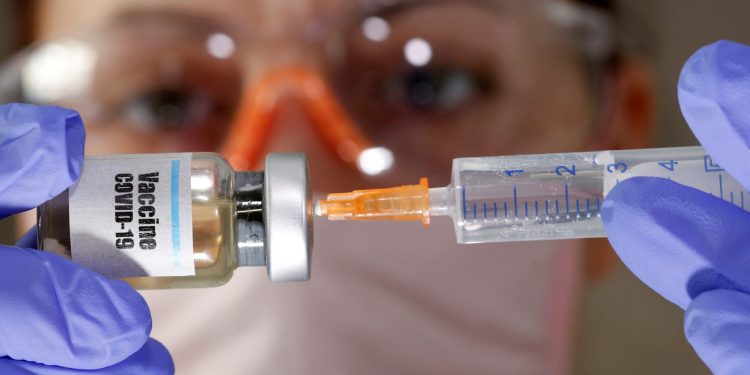 Italian vaccine manufacturers are scrambling to produce millions of flu vaccination doses amid concern there will not be enough to meet demand this autumn and winter.

The country’s 20 regional authorities have so far ordered 17m doses between them – almost 50% more than in 2019 – as they seek to prevent the country’s health services from becoming overwhelmed in the event of a serious resurgence of Covid-19.

Vaccinations will be offered free of charge to children, people over the age of 60 (recently reduced from 65), health workers and those with underlying health conditions. The health ministry will launch an information campaign on 1 October in an attempt to boost coverage of an immunisation that is usually taken up by about 53% of the population each year.

“It’s a big challenge,” said Massimo Scaccabarozzi, the president of Farmindustria, the association that represents Italy’s pharmaceutical companies. “We were preparing for an increase, but not such a significant number. Companies are working hard to deliver on time. The other challenge is if the regions all want the doses at the same time, but if timing is staggered it shouldn’t be a problem.”

Orders of flu shots are usually made towards the end of March or early April, but they came slightly later in Italy this year, Scaccabarozzi said.

“We don’t have so many companies here that produce the vaccine, which is why I kept saying in April that we needed a programme as other European countries were earlier.”

Pierpaolo Sileri, the deputy health minister, told a radio station on Wednesday that the government would be ready to buy more flu vaccines. “We are worried about symptoms overlapping and for this reason we must also make sure there are [coronavirus] swab tests available as there could be a peak demand for those at the same time as a flu peak,” he said.

On average there are 4-8m cases of flu in Italy each year, and about 8,000 deaths linked to influenza.

Some of Italy’s top scientists, including Massimo Galli, Andrea Crisanti and Roberto Burioni, have appealed for everyone, particularly schoolchildren, teachers and those who work in crowded places, to have a flu jab this year.

“This season we can expect to have the usual quantity of respiratory tract infections alongside the presence of Covid-19,” said Galli,the director of infectious diseases at Sacco hospital in Milan. “If we can reduce transmission of the flu, this will help hospitals and emergency units to manage better. The flu vaccine doesn’t provide 100% protection, but it would help very much. However, there is a serious worry that we will not have enough doses.”

Crisanti, a professor of microbiology at the University of Padua, said the vaccination should be given to all schoolchildren. “For example, a 12-year-old child has fever or cough, and then the rest of the class and their family have to isolate while they wait for Covid swab tests – this creates a huge pressure on resources. Whereas if they have had the flu vaccination, at least we would know what we’re dealing with, otherwise you will create a lot of alarm.”

Crisanti has also recommended that the number of coronavirus swab tests carried out in Italy be boosted to 400,000 a day. “Because every asymptomatic individual that we identify is a small victory, as we can isolate people who might unknowingly transmit the infection,” he said.

In addition to the concern over insufficient flu shot doses is the worry that people will be reluctant to have it.

There is a small but virulent anti-vaccine movement in Italy, with Il Movimento 3V, a political party that aims to abolish mandatory vaccinations, trying to gather support before elections in six regions this month. The party is planning a “freedom of choice” event in Padua on Sunday. Meanwhile, anti-vaxxers will join coronavirus sceptics for a “no mask” protest in Rome on Saturday.

Burioni, a professor of microbiology and virology at Vita-Salute San Raffaele University in Milan, who has long fought against vaccine sceptics, said: “The flu vaccination is very important as there is also the risk of co-infection and in this situation it is possible that the illness will be more severe.