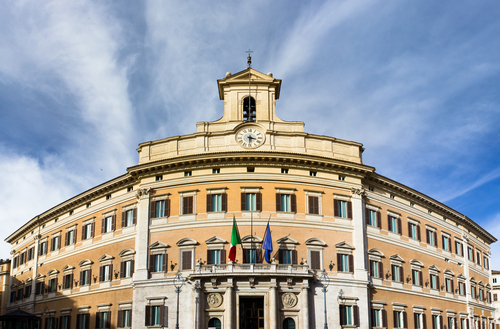 Nearly all major parties from both sides of the political spectrum voiced support for the former head of the European Central Bank (ECB) in the lower house vote, with 535 votes in favour, 56 against and five abstentions. Draghi had previously secured support from the Senate on Wednesday, where he received the backing of 262 senators, with 40 opposed.

Despite near-universal backing, support for Draghi caused a rift in the largest parliamentary party, the populist and anti-establishment 5-Stars Movement (M5S). Even though the party emerged as the strongest in the last elections, it has lost some momentum since, having first formed a coalition with the right-wing League, then with the left-wing Democratic Party (PD).

After running and winning the elections on a platform of opposing the establishment, the party lost some of its credibility by assuming power, and then by aligning itself with one of the oldest Italian parties. Many members felt that backing a former EU bureaucrat would be a step too far in the direction of becoming a part of the establishment themselves.

Some 23 of the party’s 92 senators defied the party line and refused to vote for Draghi’s government, even though M5S secured four ministerial positions in the cabinet – the most of any individual party. The party’s temporary leader, Vito Crimi, has announced that the rebellious senators will be expelled.

The party’s founder and former leader Beppe Grillo, a comedian who retains significant influence over party matters, is reportedly attempting to reposition the party as a green, mainstream progressive party, which could mark an end to the populist wave that swept the last elections in the country.

The right-wing League, which ran on a platform of anti-immigration populism, also significantly toned down its rhetoric in joining the Draghi government, breaking away from the far-right Brothers of Italy (FdI), which bet its political future on being the only party to remain in the opposition.