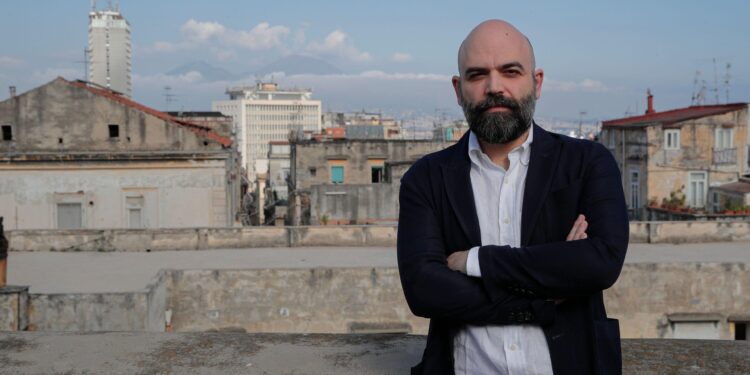 Saviano described Meloni as a “bastard” for suggesting that Italy should “repatriate migrants and sink the boats that rescued them,” according to The Guardian reporting on Monday.

Meloni pressed charges against Saviano in 2020 and Italian courts ruled last year that Saviano should face trial for criminal defamation.

Saviano faces up to three years in prison if convicted, but he is more likely to receive a suspended sentence and a fine of 500 euro or more under Italy’s legal system.

Burhan Sönmez, president of PEN International association of writers, called on Meloni to drop the charges and respect the principle of freedom of expression.

“We urge you to drop the case against him and to do everything in your power to support investigative journalism and independent media,” Sönmez wrote in an open letter.

He pointed out that defamation lawsuits “are punitive and can lead to self-censorship and discourage the investigative journalism that is so necessary in a healthy and functioning democracy.”

“As the prime minister of Italy, pursing your case against him would send a chilling message to all journalists and writers in the country, who may no longer dare to speak out for fear of reprisal,” Sönmez concluded.

Saviano noted before the first hearing on Tuesday “I’ll defend the legitimacy of the critique of power, even when it is harsh… I have always argued my criticism and I will also do so in court.”

The court battle is to start as Italy accuses NGO ships of aiding organised crime groups to traffic humans across the Mediterranean. Rome recently sent away one of four such ships, allowing the other three to dock and disembark.

The rejection of the fourth ship caused a row between Italy and France, which allowed the vessel to dock.

Besides Meloni, Saviano is to go on trial for defamation of DPM Matteo Salvini and Minister of Culture Gennaro Sangiuliano.

Saviano is unrepentant about his criticism of politicians, stressing “what should I be apologising for? For doing my duty to criticise power, as all intellectuals should do?”